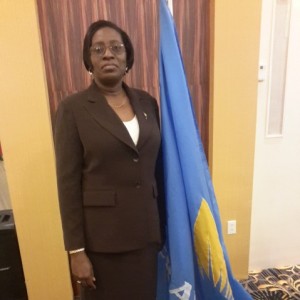 Demerara Tobacco Company (Demtoco) fears that if the Tobacco Bill becomes law in its current form, Guyana’s economy could be hurt severely and even employees in the industry could be blocked for several years from working with government.

The Demtoco official highlighted that the Tobacco Bill prohibits employees of companies that are involved in the sale of tobacco products from seeking employment with any government agency for a minimum of five years.

“There are measures that we, as an industry, perceive to be very draconian and we have put forward possible suggestions on how we forward towards a balanced regulation,” Kirton added.

Junior Minister of Health, Dr. Karen Cummings told Demerara Waves on Monday at a health fair on Main Street, Georgetown sponsored by Unicomer/Courts that government was hoping to table the Tobacco Bill in the National Assembly on May 4, 2016. “We have already had consultations. The Attorney General’s Chambers is apprised of it and so we hope that we’ll be able to table it soon,”  she said. Cummings said the law would provide for smoke-free zones. She said the imposition of penalties for tobacco-related offences would be a last resort.

Speaking at the Demtoco’s 89th Annual General Meeting held Tuesday (April 12, 2016) at the Pegasus Hotel, Kirton said her company has shared the industry’s position with the Guyana government about the draft legislation but so far there has been no word from the authorities. “The industry’s position that has been shared with the government is for a request for balanced regulation; that means in simple layman’s terms an opportunity for the existence of smokers and non-smokers with some level of restriction,” she told the well-attended AGM.

Kirton later told  Demerara Waves Online News that her company has discussed with government the need for a legitimate company to exist against a background of draconian measures that are “literally intended to shut the industry down and a company that has been in existence for 82 years.” She noted that Demtoco contributes to more than GYD$4 billion to Guyana’s treasury.

Among Demtoco’s objections to sections of the draft Tobacco Bill are excessive increases in the excise tax that leads to illicit trade, and freedom of consumer choice in the context of intended bans on advertising, promotion and sponsorship and corporate advertising.

In his statement in the 2015 Annual Report, Chairman of Demtoco’s Board of Directors, Alan Bergin says the company has been campaigning and educating retailers nationwide that tobacco product should not be made available for  sale to persons under the age of 18 years.

Company figures show that Demtoco delivered an increase of GYD$20 million with profit before tax of GYD$2.85 billion compared to GYD$2.83 billion in 2014. Overall profit for the year was reduced by GYD$18 million compared to the previous year.