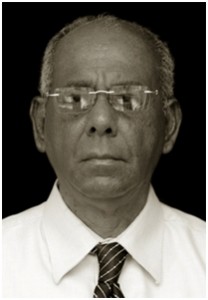 Former long-serving People’s Progressive Party (PPP) executive member, Ralph Ramkarran said at least two leading members in Berbice had pledged to support him for the presidential candidacy at a secret ballot because that they had already predicted that Donald Ramotar would not have been a vote-getter.

Ramkarran recalled that back in 2010, “two influential local leaders in the PPP’s heartland of Berbice”-then Region 6 Chairman, Zulfikar Mustapha and then adviser Faizal Jaffarally- had told him that Ramotar was an electoral liability for the 2011 general elections.

“They both told me that they would support me if there was a secret ballot. They further told me that if Mr. Ramotar, who had already been in semi-official campaign mode, is chosen, they would have great difficulty in mobilizing PPP supporters to turn out to vote,” Ramkarran said in his weekly column, Conversation Tree.

Jaffarally and Mustapha could not be reached immediately for comment.

Ramkarran nevertheless stayed on with the PPP until June 2012 when he resigned over disagreement with certain executive members about how the issue if corruption was being handled by the party.

The former House Speaker reasoned that the PPP’s leadership had deliberately turned a blind eye to the widely held prediction that Ramotar would have been an electoral liability but had instead tenaciously stuck with Jagdeo’s selection of the party’s then General Secretary as its presidential candidate. “The leadership was unaware of this dire possibility because the arrogance at the top was so overpowering that Messrs. Mustapha and Jaffarally, and many others of the same view, dared not express their fears. Just as Mustapha and Jaffarally predicted, thousands of Berbicians and others stayed home and the PPP lost its majority in 2011 and in the elections in 2015,” said Ramkarran.

At the launch of the PPP’s election campaign at Albion in 2011, numerous persons were seen leaving as Ramotar took to the lectern to address the large gathering.

Ramotar blamed the PPP’s misfortunes in 2011 and 2015 on arrogance caused by the leadership’s belief that it knew what was best, failed to advance and develop party democracy, abused and threatened all those who raised questions, and felt that the PPP would rule forever. “The party metamorphosed into an instrument for accumulation, which became progressively worse. Disgusted and silenced, party stalwarts, young and old, dropped out. Arrogance led to the belief that these developments would not be noticed by supporters or that junior leaders would not mimic the behaviour of senior leaders,” he added.

Recommending that the PPP’s repair start “at the top,” the former House Speaker said much would depend on whether Jagdeo would continue to influence the alienation of old and young members to the detriment of the party while blaming others. “Cheddi and Janet Jagan bequeathed a thriving, humming and democratic party, in office. Mr. Jagdeo blames everyone for its loss, except himself and his choice of presidential candidate, because he is personally, narcissistically, incapable of contrition or self-examination, which would be inconsistent with his grandiose self-image.”

Ramkarran questioned why Jagdeo has often described some persons as “too old” while sidelining a number of youths such as Frank Anthony, Anil Nandlall, Irfan Ally, Priya Manickchand, Dharamkumar Seeraj, Pauline Sukhai, Neil Kumar and rising ones such as Charles Ramson (Jr), Nigel Dharamlall, Colin Croal, and others. “Is it that Mr. Jagdeo doesn’t trust them because some of these ‘young’ leaders and a few ‘old’ ones disapproved his election as Leader of the Opposition?” Ramkarran queried.