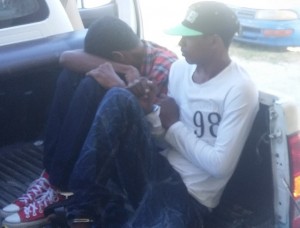 The two murder accused about to leave the Fort Wellington Magistrates’ Court for a prison where they will be on remand until next month.

Two men were Wednesday arraigned for allegedly murdering a businessman and his wife at their Bush Lot, West Coast Berbice home.

They were not required to plea to the indictable charge of murdering Arthur Rajkumar and Dianne Chamanlall between Friday, January 8, 2015 and Saturday, January 9, 2015 in the furtherance of a burglary. 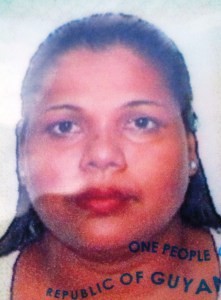 The accused, who were not represented by lawyers, have to return to court on February 3, 2015 for a progress report.

Paul and Raffick arrived at the court shackled and handcuffed.  Only the mothers and sisters of the accused turned up at the courthouse. No one for the victims was present.