Guyana wants a bilateral agreement with Belize for the supply of rice to that Central American nation should there be a shortfall in domestic production there, the Ministry of Agriculture said Wednesday.

The Agriculture Minister of Guyana, Noel Holder floated the idea of a rice accord as part of a Joint Commission approach in talks with Belize’s Deputy Prime Minister, Gaspar Vega who was visiting this South American nation.

“The Deputy Prime Minister also stated that the current domestic production level which is averaged to be just below 10,000 tonnes, is matched with that of the current domestic consumption level. In the instance where there is a shortage Belize will be importing rice from Guyana,” the Ministry of Agriculture said in a statement.

The idea of a bilateral accord came little more than one week after Belize’s High Court ruled that a shipment of Guyanese rice could not be allowed on the market because the importer had not first sought approval from the Belize Agricultural Health Authority (BAHA). 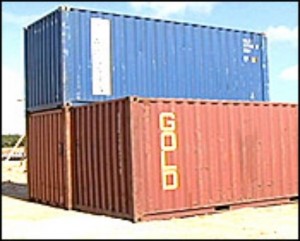 Containers containing the 75 tons of Grade A rice shipped to Belize by importer Jitendra Chawla, also known as “Jack Charles. The rice has to be returned to Guyana, destroyed or taken by Belizean authorities and donated to charitable organisations.

Additionally, Belizean rice producers had expressed concern that the cheaper high quality Guyanese rice would have eventually put them out of business.

Guyana’s Ministry of Agriculture said that  in the past if there were rice shortages in Belize, Guyana would be the only sought market for  the grain as Guyana has proven to produce high quality rice.

The Deputy Prime Minister of Belize is expected to hold follow-up talks with Guyana’s Minister of Foreign Affairs, Carl Greenidge with the aim of Guyana securing another rice market in the event there is a shortage.

Guyana’s rice production has been soaring in recent years, but since Venezuela stopped buying paddy and rice from Guyana, farmers and millers are hoping that another lucrative market could be found for the grain.