GCAA’s new board yet to meet; several critical issues to be addressed 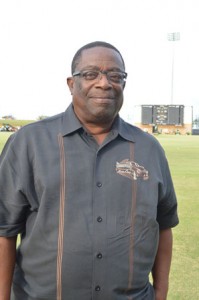 The eight-member board of the Guyana Civil Aviation Authority (GCAA) has been named with a new Chairman, but it is yet to meet to begin addressing a number of key and critical issues for the aviation sector.

Appointments to the Board of Directors for two years with effect from December 7, 2015 to December 6, 2017 have been gazetted since December 23, 2015, but no public announcement has been made.

London is a former head of the GDF’s Air Corps.

GCAA sources told Demerara Waves Online News that immediate priorities for the new decision-making body should include the confirmation or appointment of a substantive Director General. At least five persons, including the Acting Director General, Chitranie Hiralall, have applied for the position. Other matters that should be on the board’s agenda, according to the sources, are Guyana’s compliance with International Civil Aviation Organisation (ICAO) standards and the appointment of Flight Operation Inspectors that would see Guyana once again being classified by the United States’ Federal Aviation Administration (FAA) as Category One.

With an IASA Category 1 rating, a country’s air carriers can establish service to the United States and carry the code of U.S. carriers. In order to maintain a Category 1 rating, a country must adhere to the safety standards of ICAO, the United Nations’ technical agency for aviation that establishes international standards and recommended practices for aircraft operations and maintenance

Sources also point out that the GCAA’s Human Resources section needs to be strengthened with more staff and the organisation structure reviewed because numerous positions are not on the approved organisational structure. “There are lots of personnel matters that need to be sorted out,” said one source.

Demerara Waves Online News was told that ahead of the appointment of the board, several other industrial relations issues have been resolved. Those include the acting appointments of the Human Resources Manager and several technicians for the past 10 years and the placement of a number of technicians on the wrong salary scale that was inconsistent with the salary structure.