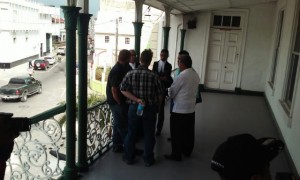 Supreme Court Justice Sonia Young has declined to grant leave to Jack Charles to file for judicial review of a decision by BAHA to decline to allow him to import the three containers full of Guyanese rice sitting at the Big Creek Port.

Hours after the ruling, Charles said he was not giving up.

Presiding in chambers, Justice Young ruled that Charles had proceeded without obtaining an import permit in violation of the law. She found that the Court was being asked to intervene on the side of a lawbreaker which it would not do.

Charles has also been ordered by Customs Department to send the rice back or risk it being destroyed.

Senior Counsel Eamon Courtenay, representing the rice producers, dismissed Charles’ gambit as a “sob story” and an insult to those working in the rice industry and to consumers, whom he says would have no protection should Charles have been successful and imported his rice, then changed prices or attempted to command a larger share of the market.

Breaking News Belize later caught up with Charles said he was “disappointed” in the ruling, because all he wanted was to help the Belizean consumer. But he says he has not given up on trying to get Guyanese rice into the country. 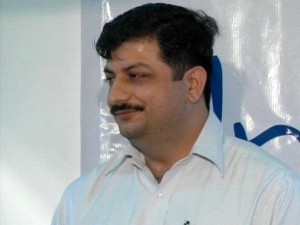 Charles spoke of other plans which he declined to elaborate on at this time; however, he told us that when those plans come on stream he will be sure to update the media.

In response to Eamon Courtenay’s suggestions that he is trying to get rich from the scheme and that he has offered no guarantees that he will keep his promises, Charles told us he will keep his word – if and when the Guyanese rice hits shelves in Belize, it will be sold at 69 cents per pound.

Charles says he calculates that he personally will make about eight dollars per bag of rice sold, while the retail shops make about 9 dollars, and this is calculated in the price. Charles had also promised a special rate of 50 cents per pound for school feeding programs and other charitable causes.

Charles also told us he has no communication from the Customs and Excise Department warning him about re-exporting the rice; as far as he is aware the rice remains at Big Creek Port and he is paying storage for it.