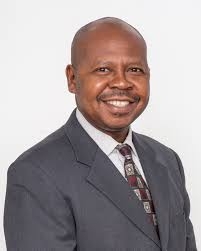 Public Infrastructure Minister, David Patterson Thursday said he saw no reason to send the Chief Executive Officer of the Guyana Power and Light (GPL), Colin Welch on leave while a probe into alleged irregularities for the procurement of pre-paid meters was ongoing.

“I have not found it necessary to move him until that investigation is completed and if you are trying to say that he is impeding the investigation, that is not happening,” he said in response to a question by Demerara Waves Online News.

Patterson assured that Welch’s current status “doesn’t’ impede the investigation” and said the removal of someone from duty depends on the nature of a probe.

Patterson said he would not be opposed to the report on the matter being released to the public after the yet to be appointed board considers it. “My personal preference for everything is always open and transparent. I will give it to them and as long as they have time to review it I will ask them to release not only this but any other matter,” he said.

He said the internal investigators drawn from the Ministry of Public Infrastructure were still writing the report.

Transparency Institute of Guyana Inc. (TIGI) has taken the government to task for failing to send Welch on leave pending the outcome of the probe. ““This is as good a case as any, for the individual to be sent on leave to facilitate an investigation but instead the public is being told that the future of Welch with the power company will be determined by the new Board,” said the organisation.

Demerara Waves Online News was told that government was mindful that the accusers have deliberately targeted Welch.

TIGI has also flayed government for not releasing the report into Welch’s alleged involvement in irregularities in the procurement of pre-paid electricity meters and accused government of double-standards in dealing with those accused of corruption.

The pre-paid meters were valued at US$4 million.

TIGI said in light of the seriousness of the allegations including efforts to promote the submission of false documents to shore up the manufacturer’s experience in making the prepaid meters so that he could have possibly won the bid, Welch should have been sent on leave to pave the way for a probe.