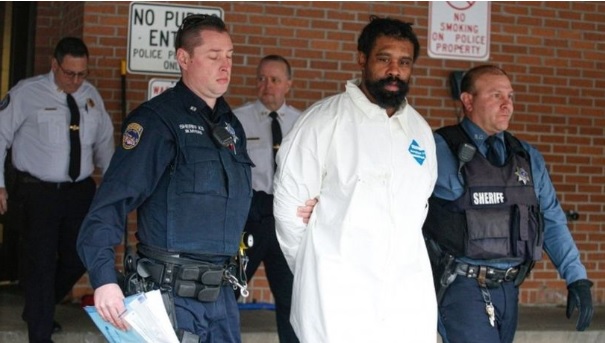 The man accused of stabbing five Orthodox Jews in Monsey, New York is of Guyanese parentage, according to acting director of United States Citizenship and Immigration Services Ken Cuccinelli.

Grafton Thomas was arraigned on five counts of obstructing the free exercise of religious beliefs by attempting to kill with a dangerous weapon and causing injuries.

The New York Times said Cuccinelli tweeted on Monday that Kim Thomas, Thomas’ mother and a nurse, had immigrated to the United States from Guyana and became a citizen in 1986.

The publication reported that Cuccinelli has been one of President Donald Trump’s most outspoken defenders on immigration and has been at the forefront of some of the president’s aggressive efforts to restrict migration to the United States.

Cuccinelli, a top immigration official in the Trump administration and a former Virginia attorney general, faced blowback Monday after saying the man accused of stabbing five Orthodox Jews in New York was the son of an “illegal alien” and came from a family lacking “American values.”

The immigration official also said Thomas’ father went to the US illegally but gained amnesty under a far-reaching immigration bill signed by President Ronald Reagan in 1986.

“Apparently, American values did not take hold among this entire family, at least this one violent, and apparently bigoted, son,” Cuccinelli wrote in a tweet that was deleted shortly after its posting.

The Department of Homeland Security, which oversees Citizenship and Immigration Services, did not immediately answer questions seeking clarity on the source or accuracy of the information or the purpose of releasing it.

The BBC reported that Michael Sussman, Thomas’s lawyer, told a press conference on Monday that he had requested a full mental health evaluation.

“We were able this morning to… review scores of papers which frankly show the ramblings of a disturbed individual, but there is no suggestion in any of those ramblings… of an anti-Semitic motive,” he told reporters. Thomas was detained soon after and charged with attempted murder. He pleaded not guilty, and is being held in jail with his bail set at $5m.

The BBC reported that Thomas kept journals which included references to Jews and anti-Semitism, authorities said.

Federal prosecutors have filed hate crime charges against Grafton Thomas over the attack.

The filing says his journals included drawings of the Star of David.

The 37-year-old’s internet search history also included questions such as “why did Hitler hate the Jews” on four occasions.

“German Jewish Temples near me” and “prominent companies founded by Jews in America” were also searched, along with other references to “Nazi culture” and swastikas. On Saturday, Grafton Thomas accessed an article about an increase in police presence in New York after possible anti-Semitic attacks.

Grafton Thomas’s attorney pointed to his client’s history of mental health problems, and said there is no evidence the attack was driven by anti-Semitism.

There has been an increase in police patrols around Jewish neighbourhoods and synagogues following the attack.

The criminal complaint said agents recovered journals from the suspect’s home in Greenwood Lake, New York, including comments such as “why [people] mourned for anti-Semitism when there is Semitic genocide”.

A man brandishing a machete on Saturday attacked a Hanukkah celebration at the rabbi’s property in Monsey – an area with a large population of ultra-Orthodox Jews.

Rabbi Yisroel Kahan, who was in the house at the time, described the moment the attack began.

“He pushed his way in, slammed the door shut and said ‘none of you getting out of here’ – something to that effect, nobody’s leaving – and pulls out a machete and unsheathes it and starts doing the unthinkable,” he said.

“We must all come together to fight, confront and eradicate the evil scourge of anti-Semitism,” the president said.

Previous: PPP prime ministerial candidate may be selected by weekend
Next: OPINION: I am not a puppet. Really? Sez who?