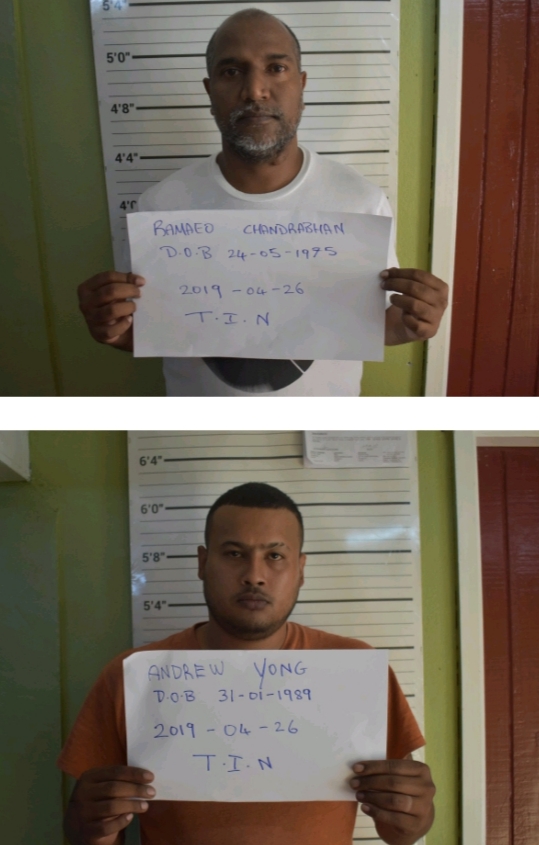 Two men accused of attempting to smuggle 107.6 kilogrammes of cocaine in pepper sauce to another country were Monday remanded to prison.

The duo has to return to court on May 15. 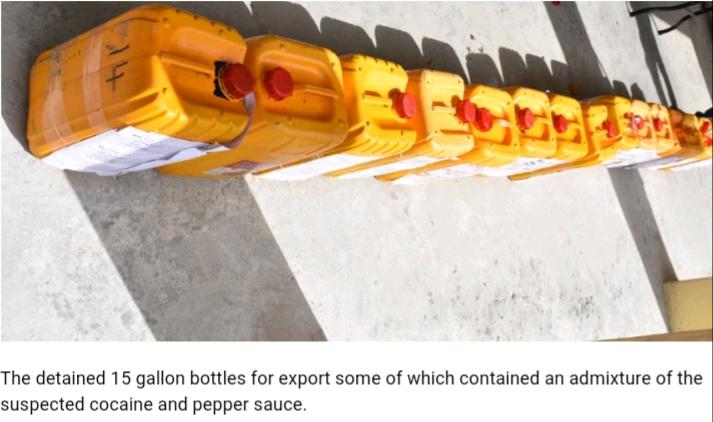 CANU said the suspected cocaine was “concealed in pepper sauce.”

“The suspected narcotic was unearthed at the Camex Bond CJIA concealed in a quantity of fifteen gallon bottles of pepper sauce slated for export,” the Guyanese law enforcement unit of the Ministry of Public Security said.