Roopesh Rajkumar was arrested in Orillia on February 15 in connection with the death of his daughter Riya Rajkumar. HANDOUT/Facebook

Guyanese Roopesh Rajkumar, charged with first-degree murder in the death of his 11-year-old daughter, has died, sources tell CityNews.

The 41-year-old had been in hospital since suffering a self-inflicted gunshot wound on the night his daughter, Riya, was found dead in his Brampton, Ontario home after she went missing. 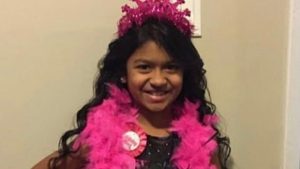 Rajkumar was arrested by Provincial Police in Oro-Medonte shortly after Riya’s body was found. Peel Regional Police say the injury wasn’t discovered until he was transferred into their custody. It wasn’t until he was brought to hospital that the gunshot wound was discovered.

The province’s Special Investigations Unit was contacted but declined to invoke their mandate.

Rajkumar’s death comes on the same day his daughter was laid to rest.