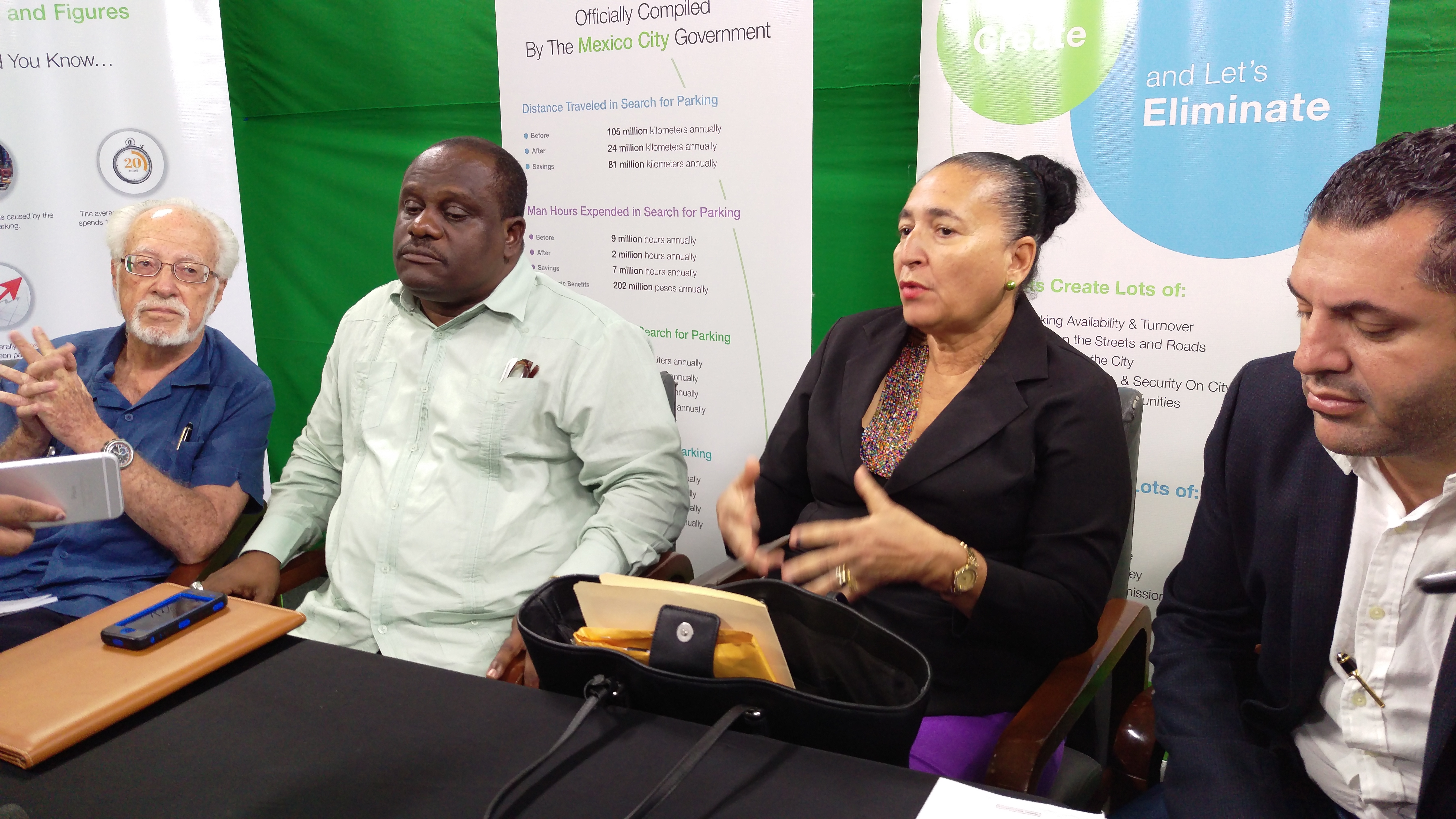 In face of two High Court orders against the parking meter regime, Georgetown’s administrators are adamant they will continue with the controversial parking meter project as of next monday, February 20.

That would be the same day Communities Minister Ronald Bulkan, and Georgetown Town Clerk, Royston King are required to present, before Justice Brassington Reynolds, why Minister Bulkan’s approval of the city by-laws activating the parking meters should not be quashed.

It is uncertain as to whether the court orders prevent the Mayor and City Council, and Smart City Solutions from pressing on with the project.

“As of monday next, we will resume implementation of the parking meter project,” Georgetown Mayor Patricia Chase-Green said in a pre-recorded press conference today at the National Communications Network (NCN), Homestretch Avenue.

High Court judge, Justice Brassington Reynolds, had ordered the Town Clerk, as well as the Minister of Communities, present an argument why the parking meter project should not be quashed.

That matter comes before Justice Reynolds on Monday.

Another action, brought by Mahendra Arjune, in the High court, saw acting Chief Justice Yonette Cummings-Edwards making another order for both the Mayor and City Council, and the Town Clerk, to provide evidence why the parking meter contract should not be quashed.

This matter also comes before Justice Reynolds, but on February 27.

The Communities Minister, according to law, must assent to laws passed by City Council before those laws come into effect, according to Town Clerk Royston King, who said he could not comment further on the matter since it is before the Court.

Only recently, Cabinet Secretary and State Minister Joseph Harmon announced that Smart City Solutions, the company in partnership with Council on the project, would stop clamping vehicles until public consultations were held. A position confirmed, last week, by the Georgetown Mayor.

Although Chase-Green said in her statement today the project would continue next week, there was still some uncertainty as to whether this includes the clamping of vehicles.

“Nobody said we’re starting back clamping on monday,” Mayor Chase-Green told Demerara Waves Online News, when asked whether the clamping of vehicles would resume Monday.

“We’re renewing our operations as of monday,” Town Clerk King interjected, “and that will include using the tools that are available to us for non-compliance of our By-Laws.” The Town Clerk did not say specifically, but immediately, SCS’s Business Director, Amir Oren, said the clamping resumes on Monday.

“There will be immobilisation to give persons permission to pay for the parking space and time they would have occupied,” Chase-Green clarified.

“Unlike the other times where you would have been paying a fine if you don’t pay for the time if you occupy the space, in this instance, if you are immobilised, you would be given the opportunity to pay the $100, or $150 or whatever time it is you would have occupied, you would not be towed away,” she continued.