Prime Minister Moses Nagamootoo is now responsible for governance, a portfolio that had been previously held by Raphael Trotman until he was recently appointed Minister of Natural Resources. 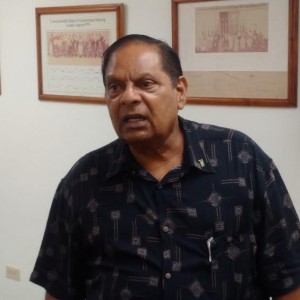 For the first time in decades, the President has given up the vital portfolio of petroleum (oil and gas) and has instead assigned it to a minister, in this case Trotman.

In keeping with the February 14, 2015 Cummingsburg Accord between President David Granger’s A Partnership for National Unity (APNU) and the Alliance For Change,  constitutional reform is now a gazetted responsibility of the Prime Minister. 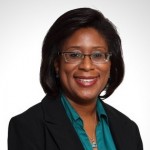 Also gazetted as his responsibilities for the first time since the May 11, 2015 general and regional elections are parliamentary affairs, constitutional reforms and public information.

The opposition People’s Progressive Party Civic (PPPC) had previously mocked Nagamootoo, saying that his responsibility largely for the State Media had been virtually on par with then Media Liaison at the Office of the President, Kwame Mc Coy. 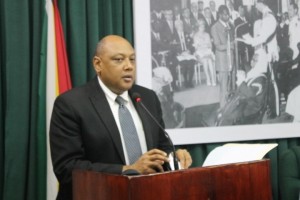 In keeping with the Information Communication Technology thrust of the eight month old coalition government, the Public Telecommunications Ministry was established and the responsibilities for  the National Data Management Authority and E-Government have been also handed to Hughes.

Trotman is also responsible for natural resources, wildlife protection, protected areas, forestry and forest policy, and environmental protection. Agencies coming under his purview are the Guyana Forestry Commission, Guyana Geology and Mines Commission and the Guyana Gold Board.

When Trotman was Minister of Governance, he was responsible for the Ministry of the Presidency’s Department of Natural Resources and the Environment, now a separate ministry.

Previous: Guyana police hunting men in connection with British youth’s disappearance
Next: SOCU representatives did not identify themselves properly before high-speed chase