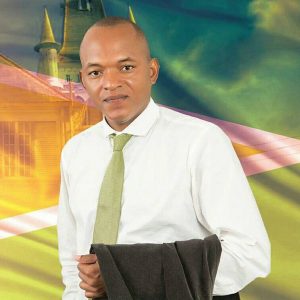 Sherod Duncan, the man who an audit found engaged in unnecessary spending without following procedures, is returning to the post of General Manager of the state-owned Guyana National Newspapers Limited (GNNL), publisher of the Guyana Chronicle newspaper, well-placed sources said.

Demerara Waves Online News has since seen a copy of Prime Minister Moses Nagamootoo’s letter to the Chairperson of the Board, Attorney-at-Law Geeta Chandan-Edmond in which he states that other board members have said that no vote was taken, a view that he appeared to agree with.

“What now remains is a glaring question of procedural irregularity in arriving at the decision to terminate Mr. Duncan. It should be clear that asking members of the Board their views on a situation does not amount to a vote.

Making a unilateral decision to terminate Mr. Duncan was arbitrary, capricious, unlawful and in excess of the jurisdiction of the Board. Further, I am concerned that you have misled the Office of the Prime Minister with the erroneous claim that the Board of Directors came to this decision. It is clear that you deliberately sought to terminate Mr. Duncan without following the prescribed procedures and further, misleading this Office,” Nagamootoo told the GNNL Chairperson.

Nagamootoo issued a directive that the Board’s decision to fire Duncan has been rescinded and that he would be returning to head the newspaper company. “In the premises, I cannot rely on your advice that the termination of the service of Mr. Duncan accords with due process and procedural fairness and instruct that the decision be rescinded,” the Prime Minister told Chandan-Edmond.

As a result three board members—Board Chair Chandan-Edmond, Mervyn Williams and Hilbert Foster—who had supported the dismissal of Duncan, have since resigned.

Well-placed sources said that with the return of Duncan several senior and junior workers are expected to resign in the coming days.

Williams told Demerara Waves that “if the Prime Minister can run the place without (a) Board, then why appoint a Board?”

He said the view was that a vote was not taken, contrary to what he and others did in accordance with the company’s articles of incorporation. “It is not a matter of aggrieved. It is a matter that I took a decision jointly with a Board in principle based on fairness, based on a transparent process. The outcome was never disputed and now you are hearing that a vote wasn’t taken. I am not aware of that. I know that a vote was taken,” Williams, a longtime member of the People’s National Congress Reform (PNCR) said.

Williams said Duncan, a well-known Alliance For Change (AFC) member, recalled that the Board met, deliberated on a matter, went through an audit, received an official audit report, convened a hearing, determined that Duncan should be fired and a decision was taken. “That decision has now been rescinded and so I would not be associated with any further business with the Board after that decision,” he said.

The move to reinstate Duncan comes as the AFC heads into its National Conference at which Nagamootoo hopes to receive a ringing endorsement to again be the Prime Ministerial candidate for the governing coalition. Duncan is a known Nagamootoo backer.

The uproar within the AFC has seen Attorney-at-Law Tamara Khan, the wife of the Director of Public Information Imran Khan, being blocked from attending the conference as a delegate. Imran Khan, at the last conference thrashed Nagamootoo, at internal elections.