Two shot at Mahaica; shooter on the run 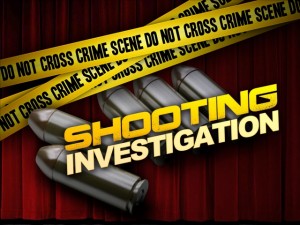 Two East Coast Demerara residents are currently hospitalized at the Mahaicony Cottage Hospital in stable condition nursing several gunshots wounds while investigators are making stringent efforts to apprehend the alleged shooter who is known by the victims, the Guyana Police Force said.

Investigators said that about 9:40 Saturday night the victims Marlon Browne,33,a farmer of Helena, Mahaica, East Coast Demerara and Teron Orwin Gordon,23,a labourer of 9 Belmont,Mahaica, Eas Coast Demerara were at a shop at at Mahaica Market Square when they were approached by the suspect and an argument ensued.

“The suspect- known as Andrew, who was driving a minibus, left and returned shortly after with a handgun and immediately began shooting at the victims who at time were playing dominoes after which he fled the scene,” police added.

Investigators have retrieved five .357magnum spent shells at the scene.