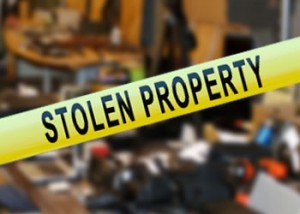 A suspected sheep thief, who allegedly drew a loaded firearm at police, was shot dead early Tuesday morning and investigators later seized numerous items believed to have been stolen.

Another man, who was at the farmhouse where the stolen sheep were discovered was allegedly held with another handgun and a another set of items. Police believed that the farmhouse is owned by a convict.

The  shooting of the suspected sheep thief occurred at about 6:20 Tuesday morning in the farmhouse at Lochaber Village, West Canje, Berbice.

At the time of the incident, police were following up on a report by a cattle and livestock farmer  from Betsy Ground, East Canje, Berbice that  on November 12, 2016 a flock of 29 sheep was stolen from his ranch at Calabash Creek, East Canje. “Based on information received, this morning the victim along with three police ranks, one armed with a service weapon, proceeded to a location at Lochaber Village, West Canje, where the victim positively identified twelve of his sheep tied at the back of a farm house.

The ranks then proceeded towards the entrance of the farm house and were immediately confronted by a male, who rushed into the house, armed himself with a handgun and attempted to shoot the armed policeman who followed closely behind him and during this engagement the rank discharged his firearm several times at the suspect who fell,” the Guyana Police Force said in a statement.

The man was rushed to the New Amsterdam Public Hospital where he was pronounced dead on arrival. The body is at Arokium Funeral Home awaiting to be identified before a post mortem is done.

Police said they retrieved an unlicensed silver coloured Taurus pistol and six live matching rounds. The house was searched and the following articles were found. One plum phone, two silver finger rings, one silver chain, one Compact Laptop Computer, and several electronic gadgets. Police said the first four items were positively identified by Ravendra Bipram, 27 years, of Anchorville, Port Mourant, Berbice, as his properties. He was allegedly robbed at gunpoint about 1930h. on November 11, 2016, at Smythfield Access Road, New Amsterdam, Berbice, by a male fitting the description of the deceased who brandished and discharged a round in his direction, from a silver handgun.

Police then went to the farmhouse’s owner, a known convict, who lives at Mount Sinai, New Amsterdam, Berbice.    They said there they arrested a 28 year old male from Sand Hills, Berbice River, after an unlicensed Taurus pistol, along with 10 live matching rounds, was found on his person. The house was searched and the following articles were found: one laptop computer, seven cellular phones, a pair of binoculars. Two motor cycles, a motor car and a lighting plant were also taken into custody.

The owner was not at home.