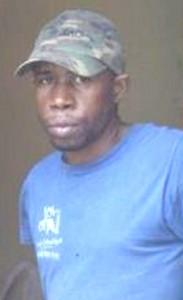 A barber has been arraigned for the brutal murder of a woman and her six-year old and 18-month old sons almost four years ago.

Thirty-one year old Abishai Caesar of Tuschen Housing Scheme, East Bank Essequibo was not required to plea to the indictable offence when he appeared Tuesday at the Leonora Magistrates’ Court.

He was charged with the murder of Jennifer Persaud, six-year old Afridi Bachus and 18-month old Jadon Persaud between September 21 and 22, 2012 at Anna Catherina, West Coast Demerara.

The accused was remanded to prison until May 31 for that and several other charges by Magistrate Rushelle Liverpool.

Caesar was arrested and charged after his reputed wife of 15 years, tired of domestic violence, escaped from their home and reported to the police that he had killed the woman and her children several years ago.

He was arrested and charged.

Police also slapped him with several domestic violence-related charges including slapping his reputed wife on April 21, 2016 and  threatening to kill her. Police said Caesar forced the woman to strip and walk around the yard and then threatened to chop off her neck and kill her.

He was also charged with raping a 15-year old girl in September, 2012.