GPL submarine cable back in operation 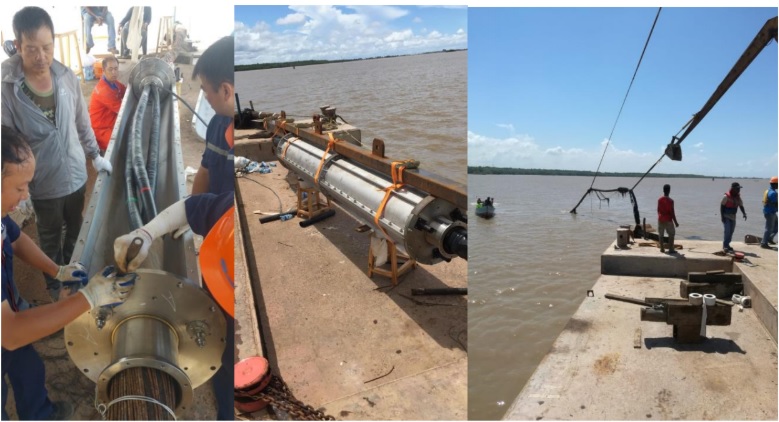 The 69kV submarine cable in the final stage of repairs

The Guyana Power and Light Incorporated (GPL) on Saturday announced that its 69,000 volt (69kV) submarine cable is back in operation following the successful completion of remedial works.

The power company says following its return to operation, approximately 14 megawatts (MW) of power is being supplied to the eastern section of the Demerara-Berbice Interconnected System (DBIS).

The submarine cable which links the Vreed-en-Hoop and Kingston power plants was damaged at two locations in June and August by vessels traversing the Demerara River.

Subsequently, repairs were carried out by China National Machinery Import & Export Corporation (CMC), the company that laid the cable in 2012.

GPL has requested the assistance of the Maritime Administration Department (MARAD) to advise mariners to exercise caution when operating in close proximity of the cable.