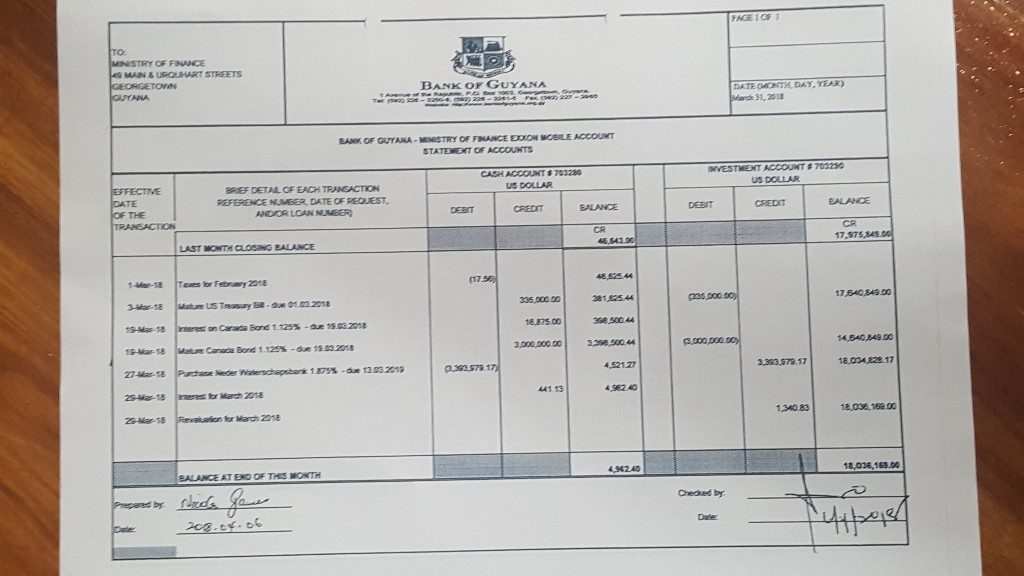 The US$18 million ExxonMobil signing bonus, which was  initially deposited in the Bank of Guyana, has been transferred overseas to an interest-bearing account, Finance Minister Winston Jordan said.

“If it stays here, it will sit down doing nothing. It can’t earn interest if it stays here so it’s in matured US treasury bills, Canada bonds…,” he said.

US$36,163 in interest have been already earned since the monies have been deposited overseas.

He restated that after the Ministry of Foreign Affairs indicates how much is required at any given time for legal fees for the Guyana-Venezuela border controversy court case at the International Court of Justice, the Finance Ministry would go to the National Assembly for a supplementary amount after which the cash would be converted and released to Consolidated Fund for disbursement.

Jordan said there was absolutely no secret about the signing bonus, and the Bank of Guyana, Accountant General or the Ministry of Finance could at all time provide that publicly accessible information.

Foreign Minister, Carl Greenidge has not ruled out the possibility that legal fees could exceed US$15 million as the case before the ICJ could take as much as six years.

2018-04-13
Denis Chabrol
Previous: Guyana gets IDB help to prepare to track oil sector earnings
Next: Gold Board tasked to review location, operations of laboratory in wake of mercury levels