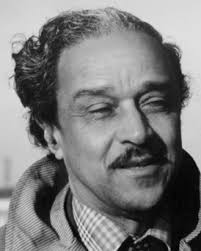 Sir Wilson,96, was the father of University of Guyana Chancellor, Professor Nigel Harris.

Following is the full text of a statement by Professor Harris who is a former Vice Chancellor of the University of the West Indies (UWI).

We regret to announce the death of Sir Wilson Harris, Guyanese born author, poet and essayist in Chelmsford, England. Over a period of 50 years, beginning in 1960, the celebrated author has written 26 novels, numerous works of poetry, essays and speeches. In 1987, his novel Da Silva da Silva was adapted for a film produced by Tariq Ali of Bandung Productions for Channel 4 in the UK. Perhaps his most cited works are his first four novels, Palace of the Peacock (1960), The Far Journey of Oudin (1961), The Whole Armour ( 1962) and the Secret Ladder (1963), all published by Faber and Faber, which has published all 26 of his novels. In recent years, Faber and Faber has re-issued the Guyana Quartet in a single volume.

Sir Wilson attended Queens College in Guyana from 1932 – 1937 . During the years 1945 to 1959 he worked as a land surveyor, primarily in the vast hinterland of Guyana where he interacted often with the indigenous people who lived there. It is this experience that influenced the imagery of his writing imbued with the magic and mythology of its people. While in Guyana, he was close to other Guyanese literary figures such as Martin Carter, A.J. Seymour, Ivan Van Sertima and Sidney King (Eusi Kwayana). He emigrated to England in 1959 and has lived there since.

He has been the recipient of several awards including the Guyana Prize for Literature ( 1987 and 2002), The Premio Mondello dei Cinque Continenti award ( 1992), The Ainsfeld-Wolf Book Award(2014) and honorary degrees from the University of the West Indies(1984) and University of Liege in Belgium(2001). In 2010, he was awarded the Honour of Knighthood for services to Literature by Queen Elizabeth. He has been nominated for the Nobel prize in literature on more than one occasion. Some of his original manuscripts are stored in the Harry Ramsen Collection at the University of Texas in Austin.

His writing is sometimes described as complex, but Michael Gilkes in a 1970 article entitled “The Art of the Extremity” (1) writes as follows:

“one is aware of a remarkable intellect behind the quality of connectedness that runs throughout Harris’ work. Novels, poems, essays, talks all appear ultimately to explore the same main ideas: the need for a “new vision of consciousness”, a new “dimension of feeling”; the universal creative quality of personal experience when it is “authentic”; the latent associative possibilities in a fiction of “implosions”…. Harris appeals to the open-minded, imaginative reader, and accepts the risk (much as C.G. Jung did with the field of psychology) of being dismissed as “obscure” or “eccentric”

In a 1987 interview with Moira Paterson (London, Observer magazine, 14 June 1987) (2), Wilson Harris emphasized the universality of human beings.  He is quoted as saying,

“Our humanity is impoverished when we seize on either tradition or identity… I am not interested in a multi-cultural community but in a cross-cultural community, in ways in which a myth in one can find parallels in the other. I look to create a kind of community that has a literacy of the imagination in it, that can unlock polarisations and fanaticisms that bedevil us”.

“He speaks as he writes, in organic images of such astounding force and fecundity that the listener can only grasp some of the evolving ideas and hope to hang on”

Sir Wilson was pre-deceased in 2010 by his wife of 50 years, Margaret Harris. He is survived by four children:  E. Nigel,  Alexis,  Denise and Michael Harris, 6 grandchildren and 13 great grandchildren.