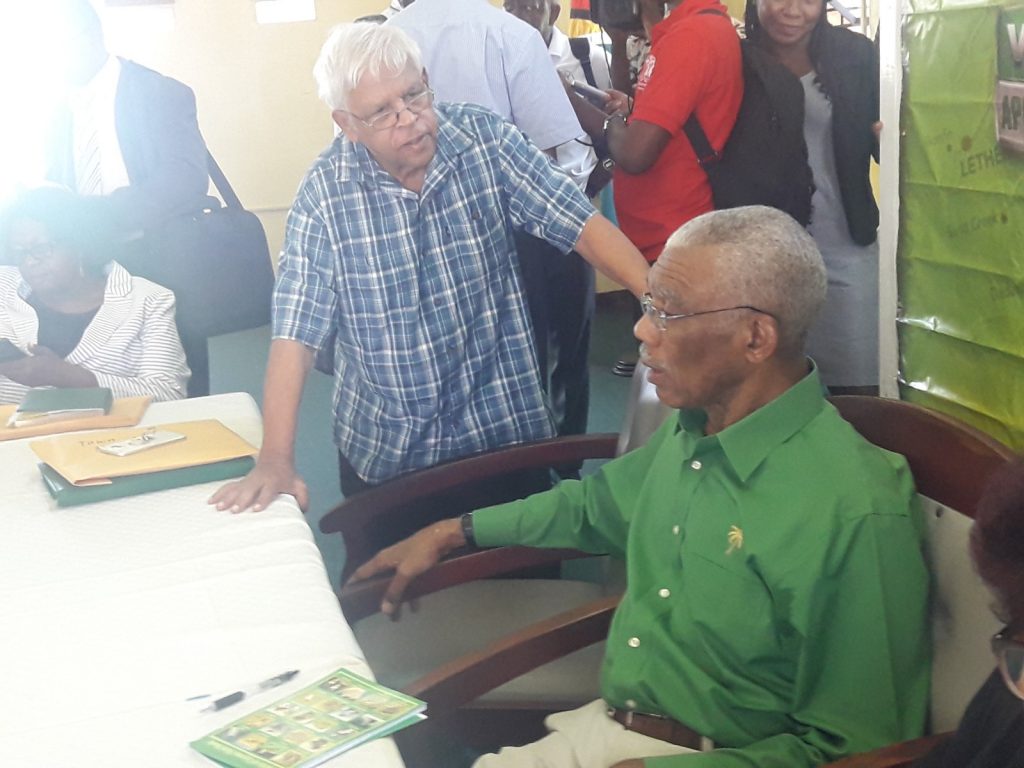 The Leader and General Secretary of the Justice For All Party (JFAP) on Thursday called for a total national recount of the votes cast in the March 2, 2020 general elections, even as the High Court prepares to hear arguments on an injunction that blocked such a Caribbean Community (Caricom)-supervised exercise.

JFAP is one of the parties under the umbrella of the People’s National Congress Reform (PNCR)-led A Partnership for National Unity (APNU).

JFAP Leader, Chandra Narine Sharma and General Secretary Savitrie Sharma issued the call in a statement, saying that “we believe in the will of the people – irrespective of which party wins.”

“We believe that the recounting process should be permitted and ALL ballots should be immediately recounted in an expeditious and transparent manner. Any party that wins through a transparent process will have our support,” the Sharmas said.

The Leader and the General Secretary said they were uncertain of the “party dynamics at this time” but they appealed to President David Granger to “do the right thing and allow the recounting process to be immediately completed to honour the will of the people of Guyana.”

But, JFAP Executive Member, Jeff Sankies said he was not consulted before the statement was issued and as such he regards it as a “personal” position of the Sharmas. “I did not get on to CN (Sharma) but I told his wife that I regard it as a personal statement,” Sankies told News-Talk Radio Guyana 103.1 FM/Demerara Waves Online News.

Sankies said the last executive meeting agreed that JFAP would await the High Court’s decision and actions by the Guyana Elections Commission (GECOM). High Court Judge, Franklyn Holder is Friday expected to hear arguments by APNU candidate, Ulita Munroe’s lawyers and lawyers for the opposition People’s Progressive Party (PPP) on whether to continue blocking the recount.

With Jinnah Rahaman not attending executive meetings and Jaipaul Sharma, CN’s son, having resigned from JFAP and joined the PNCR, the executive is now made up of CN Sharma, Savitrie Sharma and Sankies.

Eminent international statesman, Sir Shridath Ramphal has also added his voice to calls for a Caricom-supervised recount of the votes, saying that that “wholly legitimate” process needs to be embraced. “What is required now is for all to place the interest of the nation above other narrow considerations that could mar the country’s prospects and retard the strides that the people of Guyana have made collectively,” Sir Shridath said.

The Commonwealth Election Observer Mission earlier this week detailed a series of irregularities concerning the tabulation of the votes cast in Region Four.