APNU+AFC urges youths to prepare for thousands of construction jobs 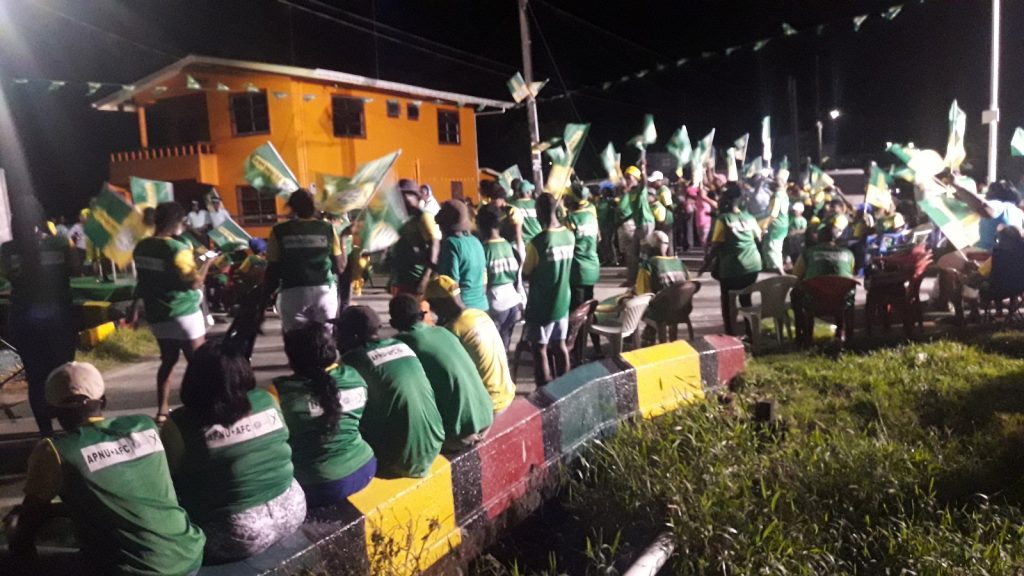 The incumbent A Partnership for National Unity+Alliance For Change (APNU+AFC) Wednesday night promised to generate thousands of jobs in the construction of bridges and houses should it be reelected at the March 2, 2020 general elections.

This was made known to about 200 party faithfuls by APNU+AFC’s Volda Lawrence at a public meeting held at Uitvlugt, West Coast Demerara. Lawrence appealed to youths to take advantage of training opportunities such as those being provided by the Board of Industrial Training (BIT) and the Guyana Technical Institute (GTI) to become welders, fabricators, electricians and other tradesmen in preparation for an expected construction boom stemming from the oil wealth. “It is for you to focus now so that when these opportunities are realised, you can present yourself so that you can have a job. Comrades, this is all about us. Or, do we want people to come from outside of Guyana to build these bridges? That’s why we have to invest in our young people. Stop talking them down. This government is about young people, comrades,” she said.

Lawrence says some of the money would be used to bridge several of Guyana’s major rivers and construct well-planned housing schemes with the required infrastructure as part of President David Granger’s proposed 2020-2029 Decade of Development.

Lawrence called on youths to establish businesses and companies and buy vehicles to take advantage of land-clearing opportunities. She also said the housing development would require manpower to erect utility poles, build roads and install electrical cables. She said there would be job opportunities for carpenters, masons, and block-makers. “Hello! Young people, learn a skill… Comrades, get into a lil block-making business nuh. Young people, go and register a lil business. Too much work will be available, comrades,” she said.

She promises that a new APNU+AFC coalition will help Guyanese build their houses in contrast to the PPP-led administration that had distributed house-lots with thick vegetation.