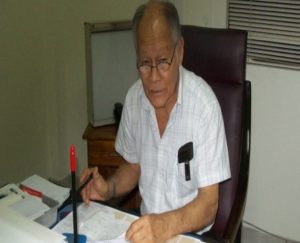 His passing has plunged the medical fraternity into mourning. 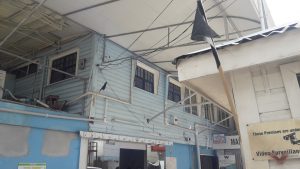 A black flag at Woodlands Hospital where staff and patients mourn the death of Dr. Bud Lee.

Dr. Madan Rambarran, who was associated with Dr. Lee for several years, was saddened at the passing of his “mentor”. “He has been an icon for general surgery in this country and he is one of the masterclass surgeons. A lot of us, including myself, owe a debt of gratitude for (his) teaching and mentoring over the years,” Dr. Rambarran told News-Talk Radio Guyana 103.1 FM/Demerara Waves Online News.

Dr. Frank Anthony also mourned Dr. Lee’s death.” His passing is a tremendous loss to the medical fraternity. He is regarded as an excellent surgeon by his patients and a great teacher by young doctors. His contributions to healthcare in Guyana have certainly improved the lives of many. He would be missed. My deepest condolences to his family and friends,” Dr. Anthony said.

Dr. Lee ceased performing surgeries in 2018 and had opted to provide outpatient consultancies up to a few months ago.

Dr. Lee is a former student of Queen’s College. He studied medicine at the University of the West Indies before becoming a Fellow of the Royal College of Physicians and Surgeons in the United Kingdom.

He was recognised by the Guyana government which awarded him the Golden Arrowhead of Achievement (A.A.) and later the Cacique’s Crown of Honour (C.C.H.). He was also recognised by his peers for his contribution to surgery when he received an award given by The institute of Medicine of the Georgetown Public Hospital.