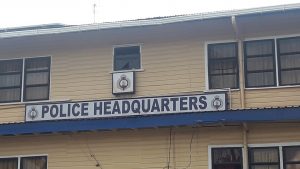 The Guyana Police Force (GPF) has begun realigning its operations in accordance with the country’s 10 administrative regions.

Public Security Minister, Khemraj Ramjattan on Monday disclosed that the regionalisation of the police force is being gradually rolled out and will eventually be formally launched.

He says divisional headquarters and living quarters are now being built in a number of interior regions that were at one time classified as one police division.

“They have been assigned to these sub-divisions already of Division F. The process is ongoing, but as we finish all the infrastructure work and we could basically come down, we would basically have a kind of a launch but that has not been completed, but this alignment in accordance with regional divisions is going on,” Ramjattan said when asked by News-Talk Radio Guyana/Demerara Waves Online News.

He explained that, for example, Region 4 is now divided into three sub-divisions – Cummings Lodge to Agricola, Industry to Mahaica and Eccles to Dora.

The GPF has not officially announced the regionalisation of its operations.

Other changes include the posting of former Crime Chief, Senior Superintendent William Blanhum to Region 1 (Barima-Waini) as Commander, and the assignment of Assistant Commissioner, Kevin Adonis to Region 7 (Cuyuni-Mazaruni).