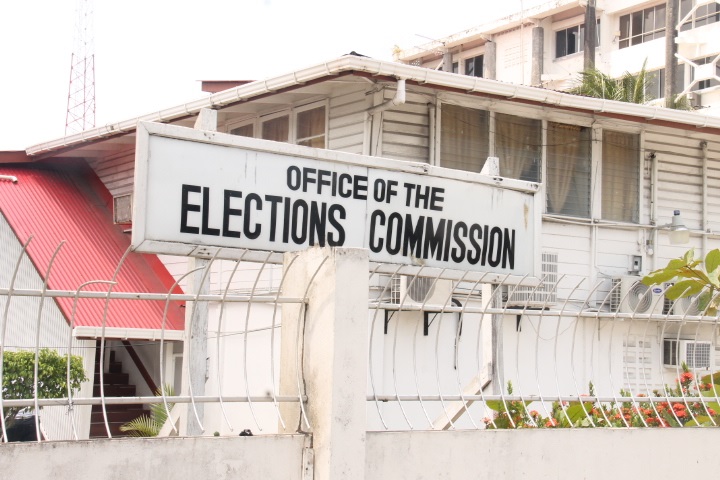 The seven-member Guyana Elections Commission (GECOM) on Friday ended with no clear direction on whether house-to-house registration should be scrapped to pave the way for general elections to be held swiftly or it should be used along with another mechanism to create a voters’ list.

“I hate to disappoint you again this afternoon but we have not reached any meaningful decision this afternoon. I can’t even say that the discussions are meaningful…It is clear that the delaying tactics continue and that has stymied any developments,” opposition People’s Progressive Party Civic (PPPC)-nominated elections commissioner, Sase Gunraj said.

“A decision has not been made; we are still in discussion,” governing coalition-nominated elections commissioner, Vincent Alexander said.

The commission is expected to meet again on Tuesday by which time the commissioners could submit proposals to respond to Chief Justice Roxane George-Wiltshire’s decision on house-to-house registration which began on July 20.

Gunraj declined to say what he sought to discuss at the commission’s meeting, but stressed the need to have general elections held as early as possible. “We are not able to have meaningful discussions because there are delaying tactics on the other side to prevent the holding of elections in a timely manner,” he said.

Alexander said, in what appeared to be a more detailed response to questions by the media, the elections commission’s discussions centered on the “usability of house-to-house (registration) and the need to ensure that whatever we do is done in a timely manner”.

With the High Court having already ruled that house-to-house registration, as a verification method, is legal and constitutional, Alexander said the governing coalition-nominated commissioners plan to use Rule 38 of the National Registration Act.

Previous: PPP presses for elections in October
Next: Dying Guyanese-American man who told cops ‘F–k you’ may have been targeted at weekend house party