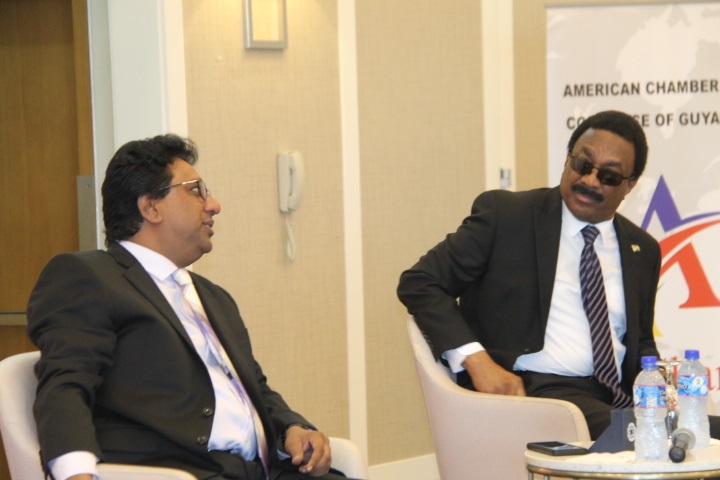 He said it would now fall to the President to fix a date for an election and dissolve parliament. “There is no constitutional crisis,” he said.

The PPP has repeatedly stated that it would not lend its 32 seats for the extension of the life of the governing APNU+AFC coalition because elections ought to have been held by March 21. A number of court challenges had been mounted all the way up to the Trinidad-headquartered regional appeal court.

Recalling that the CCJ had ruled that it was not the role of the court to set a date for elections or to lay down timelines or deadlines, If the court fixes the date and GECOM is not ready, he said the court would be “embarrassed”.

“The court cannot enter into the realm of policy and the political,” he said.

He said the President, Parliament, Opposition Leader and the Guyana Elections Commission “all have to sit around the table and arrive at a definitive date and that date could take you past three months” after which they can secure a two-thirds support for an extension of the time-frame.

Williams disagreed with former Attorney General Anil Nandlall and Senior Counsel Ralph Ramkarran that the government would be unconstitutional if elections are not held by September 18 – the three-month timeframe within which the CCJ ruled that the no-confidence motion was validly passed 33 to 32 after then government parliamentarian Charrandass Persaud had voted ‘yes’.

Once GECOM determines its readiness, the Attorney General said “we’re good to go” to election. But former Attorney General, Anil Nandlall cautioned against failing to call elections within the timeframe of July when the CCJ validated the no-confidence motion. “The rule of law is on trial and the government will lose its legitimacy on September 18,” he said, “We are now careening into an arena of unconstitutionality,” he said.

Williams held out a ray of hope for the President and Opposition Leader to reach an agreement for a shift in the timeframe within which elections should be held.

Previous: AG Williams, Nandlall, Ramkarran differ on economic impact of no-confidence motion
Next: OPINION: There must be softening across the political battlefield