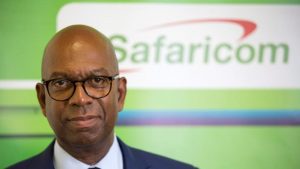 Safaricom confirmed that the 61-year-old had passed away from cancer while at home this morning. Collymore had been receiving treatment for acute myeloid leukemia in the UK and in Kenya for almost two years.

Collymore took over as CEO of Safaricom after nine years in Africa and Asia with British telecom firm Vodafone, which partly owns Safaricom together with the Kenyan government and South African mobile operator Vodacom. He helped expand the company’s focus to include digital services, most notably developing the popular mobile money transfer service M-Pesa, and overseeing support of the company’s rapidly growing customer base. During his tenure, Safaricom grew into one of the largest and most profitable companies in East Africa.

Collymore was adamant about making M-Pesa available to consumers and businesses on a variety of platforms. In recent years, Safaricom opened up M-Pesa’s application programming interface to simplify integration with mainstream financial transactions. The company introduced cross-network transfer systems and made it easier for users to transfer cash worldwide using Western Union and China’s digital payment system WeChat Pay.

The Nairobi-headquartered firm also developed a range of apps for music streaming (Songa), ride-hailing (Little), e-commerce (Masoko), and launched a platform allowing customers to send and receive money while they chat (Bongo).

Collymore also resisted breaking up M-Pesa from the rest of the business after the company faced accusations from lawmakers, regulators, and rivals like Indian-owned Bharti Airtel and Telkom Kenya that it was too dominant. Safaricom is by far Kenya’s biggest telecom operator, claiming 31.8 million out of the country’s 51 million mobile subscribers.