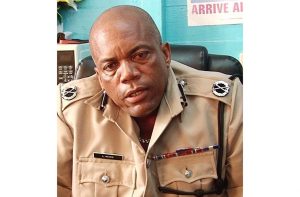 Deputy Commissioner of Police, Lyndon Alves has been sent on leave to pave the way for an investigation, but acting Deputy Police Commissioner Nigel Hoppie declined to say whether the move had anything to with swirling allegations in Berbice.

“Mr. Lyndon Alves has been sent on leave to facilitate an investigation,” he told Demerara Waves Online News. Hoppie could not say how long Alves would be off the job.

Deputy Commissioner Hoppie said no other officer has been sent on leave.

Alves, being a Deputy Police Commissioner, is not constitutionally subjected to disciplinary proceedings by the Police Service Commission.

In Berbice, following the shooting death of three armed men, who had allegedly been engaged in a violent crime spree in Region 6 (East Berbice-Corentyne), reports are that the telephone numbers of policemen were found in cellular phones that had been in possession of the bandits.