Aurora Gold Mine sells plane it purchased one year ago 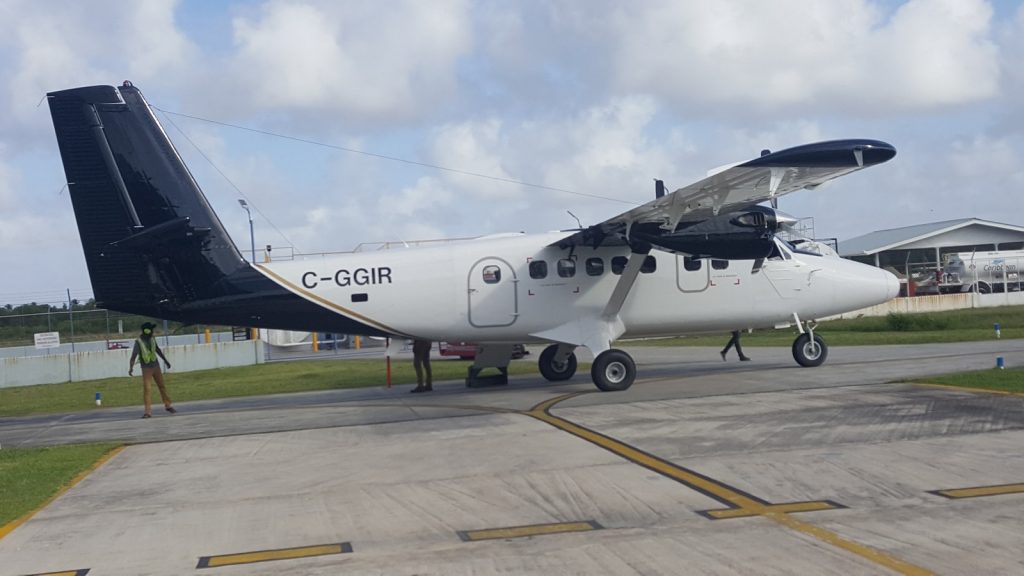 The Twin Otter that was owned by Aurora Gold Mines.

A Canadian-registered Twin Otter plane, whose purchase and operation had triggered concerns that Aurora Gold Mine (AGM) had been taking away revenue from the local aviation company, has been sold, the Canadian mining company said.

“The Twin Otter is being sold overseas and it is due to depart Guyana around mid-June,” AGM said in a statement.

In making the announcement, AGM said it has inked a deal with Guyanese-owned domestic airline, Trans Guyana Airways (TGA), to shuttle between the coast and its mining operation at the Cuyuni River. “We are happy we are able to expand our local content by allowing local providers in the aviation industry to provide us the service that we need thus ensuring that more local players are involved. We are happy to partner with Trans Guyana on this journey,” said Peter Benny, Director of Corporate Office and Compliance.

Under the agreement, the TGA on May 13 began flying for AGM after the airline was selected following an expression of interest that was advertised in the local daily newspapers between February 22 and February 26. AGM said that was followed up by Guyana Goldfield’s Supply Chain Director Ravi Samaroo and an AGM team meeting individually with local operators in the event that they had not seen the advertisement. Seven air charters responded to the advertisement.

“Following their expressions of interest, the charters were all asked to give information on the services they provide. The information, which included among other things, costings, number of airplanes owned by the company and dates of registration, was evaluated and TGA was given the nod to provide the services that AGM requires,” the gold mining company said.

Soon after the Twin Otter had been bought last year, AGM and Guyana Goldfields had come under intense criticism over its apparent lack of commitment to local content in the aviation sector.

At that time, the company had cited the need to abide by strict safety rules that had led to its decision to purchase its own aircraft. In response then, the company had denied that AGM had not been using local planes since it acquired its Twin Otter plane.

Previous: “Permission” concerns at GECOM over legal opinion, hiring of lawyer for CCJ cases
Next: Expired voters’ list should be revised, no need for “new” list – legal adviser tells GECOM