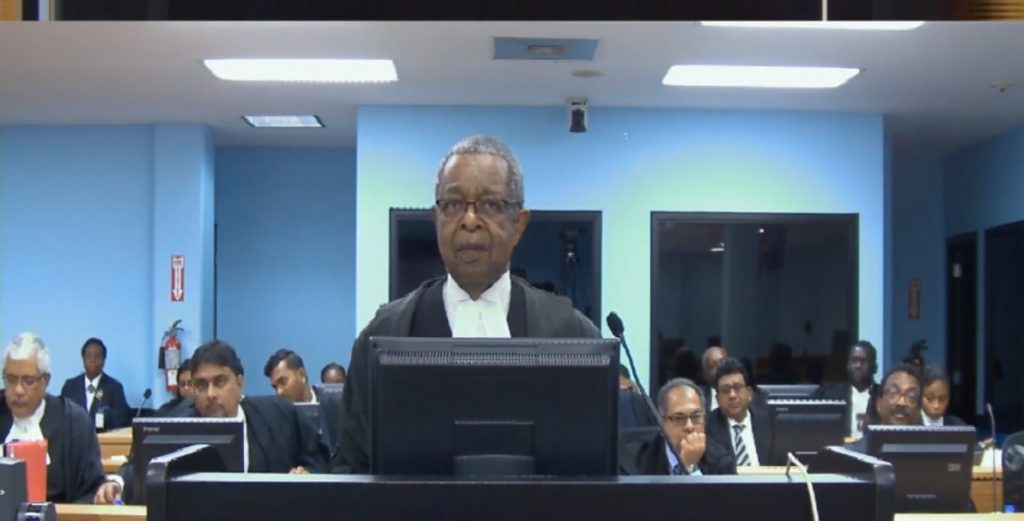 The Guyana Elections Commission (GECOM) on Thursday told the Caribbean Court of Justice that November 2019 is the earliest it could hold general elections after it gets funds and a new voters’ list from house-to-house registration, even as regional judges said that elections management authority ought to always be ready for snap polls.

CCJ President, Justice Adrian Saunders asked GECOM Attorney-at-law, Stanley Marcus what could be done to strike a balance in the interest of democracy if the parliamentarians could not agree to extend the three-month period within which elections ought to be held after a no-confidence motion and using the existing list.

“If the vote of no-confidence was valid and if parliament ought to be dissolved and if the parties don’t agree to extend the three-month period, then we have a choice between a situation where with each passing day, beyond that three-month period, a dagger is being thrown at the constitution everyday and on the other hand having an election which is a little bit less than perfect. Now, which of those two options is better for democracy?” asked Justice Saunders on day one of oral arguments against the Guyana Court of Appeal’s decision that the no-confidence motion is valid.

In response, the GECOM lawyer said justice, fairness and accuracy could not be sacrificed “at the altar of speed” but instead find a balance among them. When Justice Saunders pressed Marcus on what should happen if the parties do not provide a two-thirds support to go beyond the three-month timeframe, the lawyer said the country would end up in a constitutional crisis. “There will be a constitutional crisis if you can’t get the parliamentarians to act in a responsible and mature way,” he said.

Marcus said GECOM needs to get the funding as well as update the voters list to cater for migration, deaths, remigration, and those who became of age between 2008 and 2018.

Lawyers for Opposition Leader, Bharrat Jagdeo, Christopher Ram and Charrandass Persaud urged the CCJ earlier Thursday to find that the December 21, 2018 no-confidence motion was validly passed and order that elections be held within 30 to 60 days after extending the life of the expired voters’ list and holding a claims and objections period.

Belize’s Former Attorney General, Eamon Courtenay, who is representing the Guyana government alongside Attorney General Basil Williams, asked the CCJ to refrain from setting timelines for holding elections and instead leave that to the Guyanese authorities.

Williams reiterated that 34 of the 65 votes were required to pass the no-confidence motion, in keeping with the Guyana Court of Appeal decision.

GECOM has asked President David Granger for $3.5 billion to conduct the elections in November after house-to-house registration is conducted.