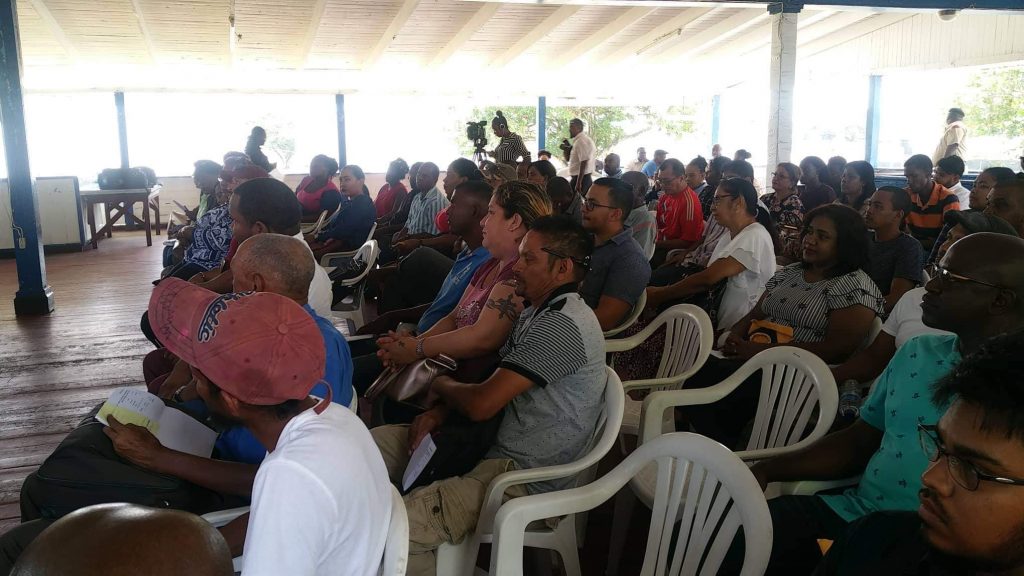 A section of the attendees at the mining land lottery held in Georgetown at the Girl Guides Pavillion, Brickdam.

Mining lands were distributed to over 100 applicants at the first in a series of lotteries held on Friday in Georgetown.

But the recipients must by April 22 submit proof of identity through a Taxpayer Identification Number (TIN) certificate, address and other relevant documents or forfeit their opportunity, officials declared.

The Ministry of Natural Resources said the lottery is “part of its efforts to ensure the fair distribution of mining lands to waiting applicants.” The distribution is being handled by the Guyana Geology and Mines Commission (GGMC) and Closed Area Committee (CAC).

The criteria, methodology, and timelines for the mining lottery were finalised by Minister of Natural Resources Raphael Trotman, GGMC Commissioner Newell Dennison and CAC Chairman Abiola Henry along with their support staff at a meeting held at the Ministry on Friday.

“It was the general agreement of the parties that there will be a few lotteries held in the different mining districts which will give preference to residents of those districts,” the Ministry of Natural Resources said in a statement.

The Ministry explained that eligible persons within the districts would be able to pull from blocks in that district. “Those unallocated areas remaining within the districts after this initial exercise, will be made available to others. The lotteries will also facilitate persons who would have applied several years ago,” the ministry added. 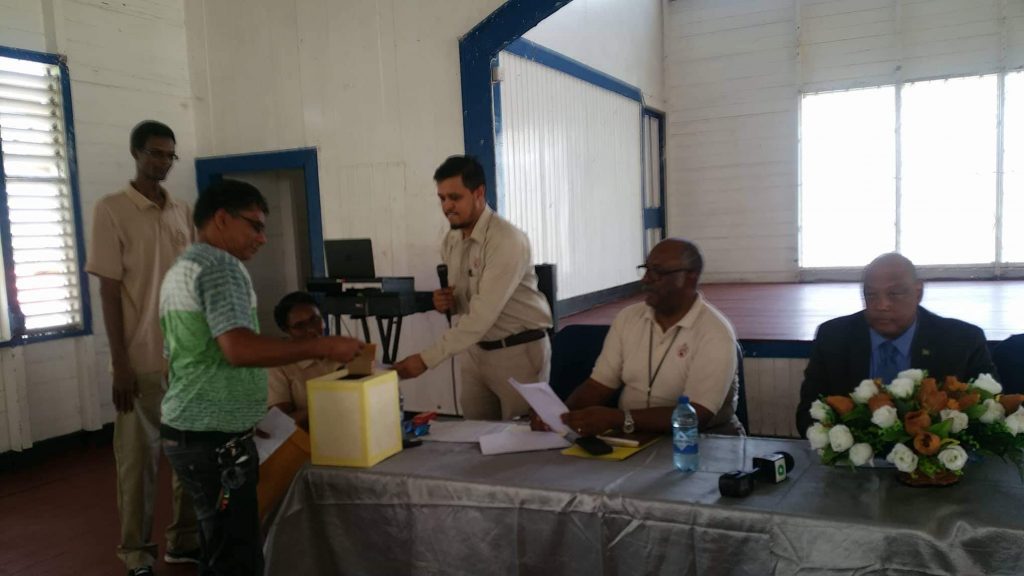 A miner picks a number for a mining land lottery in the presence of a GGMC official, GGMC Commissioner Newell Dennison and Minister of Natural Resources Raphael Trotman.

A decision was taken to make the mining land lottery a three-month process to include publishing of the names of persons eligible to participate and public notices stating that the Ministers of Natural Resources and the representatives of the GGMC and CAC will be in the mining areas conducting the closed lottery process.

Following Friday’s first drawing in Georgetown, other mining land lotteries are slated over the next two months in Matthews Ridge, Port Kaituma, Bartica and Mahdia, among other areas.

Minister Trotman said he was pleased to have facilitated the advancement of the mining lotteries which has been on his agenda for quite some time. He reportedly said the the lotteries will be mining district specific, therefore allowing small miners within the districts who have applied to now have a chance to have access to available mining properties.

“Miners who will now benefit from this exercise are encouraged and further expected to utilize the lands given in ways that are safe and environmentally sustainable and that ensure that the laws of Guyana are abided by,” the ministry said.