“Chase them out!” – Jagdeo urges PPP supporters after March 21; Ramotar, others no-show at Jagan memorial event 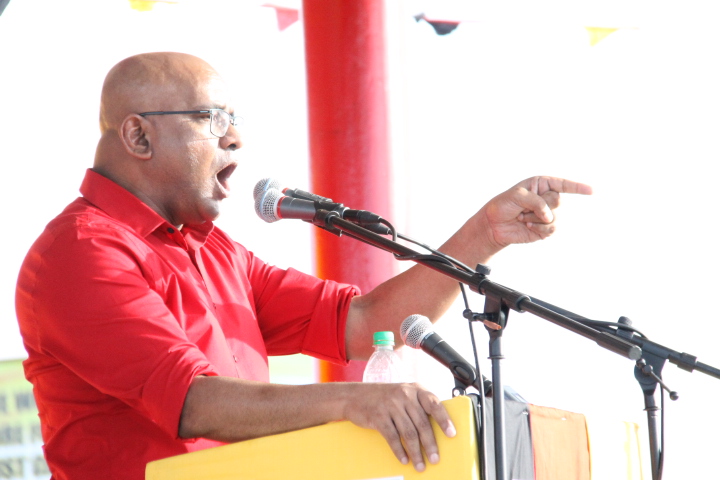 Opposition Leader Bharrat Jagdeo on Sunday put the incumbent government on notice that they would be chased out of Berbice if they cling on to power beyond March 21, 2019 without calling general elections.

“We are going here in Berbice and right across Guyana, when the ministers or Granger or Nagamootio, come here after the 21st of March to say to them, walk behind them, chase them out! They’re gonna be illegal. Say to them ‘they’re illegal’,” he told about 2,000 party faithful at Babu John, Port Mourant, Berbice to commemorate the birth anniversary of the late PPP co-founder and President Dr. Cheddi Jagan

Jagdeo said teams of persons would be mobilized to greet government officials with peaceful protests.

With the 90-day expiration date of March 21 fast approaching, he said the PPP would not give up on its demand that general elections be held very soon.

“We are not going to accept any delay in the elections,” he said, adding that the PPP would impose one of the biggest defeats on the People’s National Congress Reform-led coalition. President Granger last week held separate meetings with Jagdeo and the Guyana Elections Commission after which he said he received no useful information to allow him to name an election date. He has asked the Commission to resolve its differences over what he called a bloated voters’ list.

He warned that “after a massive defeat” of the Granger-led administration, the People’s Progressive Party (PPP) would jail several current government officials.

“Many of them will be in jail because of actual corruption, not rumours of corruption,” he said.

Referring to the no-confidence motion that was passed on December 21, 2018 after then government parliamentarian Charrandass Persaud voted for it, Jagdeo said it was not that legislator who was a Judas but the entire government.

He taunted Granger, saying the Guyanese leader should give him a National Award for recognizing the failed promises he had been associated with.

“Charrandass looks like a patriot because he saw the failed promises that were brought on the people” Jagdeo said.

He said after four short years, economic and social gains were being reversed, but assured that “in a few months time we will again take this country forward.”

Touching on oil revenues that are expected to flow from late 2019 or early 2020, Jagdeo, a former Finance Minister, said either way Guyana would be worse off if the governing APNU+AFC coalition remains in office. “If they stay longer in office oil money or no oil money, this country will be led into ruin,” he said. Jagdeo cited several oil-producing nations, including neighbouring Venezuela, where huge oil revenues have not seen gains on social welfare. 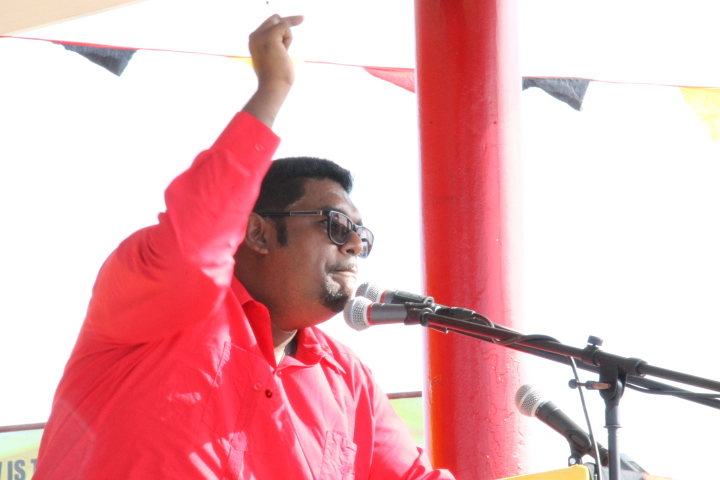 Also addressing the event was PPP Presidential candidate, Irfaan Ali who vowed to protect Dr. Jagan’s gains. Punctuating his speech with quotations from Dr. Jagan, Ali declared that “we must not allow the boots of dictatorship to trample on us.”

In an apparent reference to concerns in some sections of the public that Jagdeo is sheltering him from the media at news conferences, Ali said he was busy working among the masses.”When you ask, ‘where is Irfaan Ali? Irfaan Ali is where Dr. Jagan would want him: among the people'”. He added that he was busy listening to the people unlike President Granger and Minister of Health Volda Lawrence in dealing with “all these hardships” including loss of earnings, loss of  7,000 sugar industry jobs and poor healthcare services. 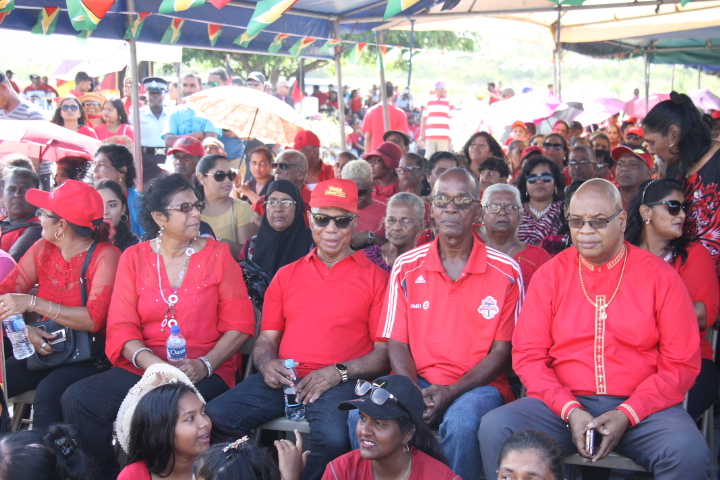 A section of the attendees at the Cheddi Jagan commemorative event.

Former Prime Minister, Samuel Hinds urged the Granger-led administration to move back to the position of recognizing that the government fell on December 21, 2018 and it would be time for early general elections.