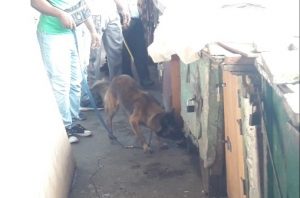 A number of vendors selling a variety of legitimate products were arrested after police allegedly found marijuana in their stalls.

“This is you drugs”, a policeman told a vendor.

Assisted by a sniffer dog to ascertain where narcotics might be hidden, police then broke and entered a number of stalls. 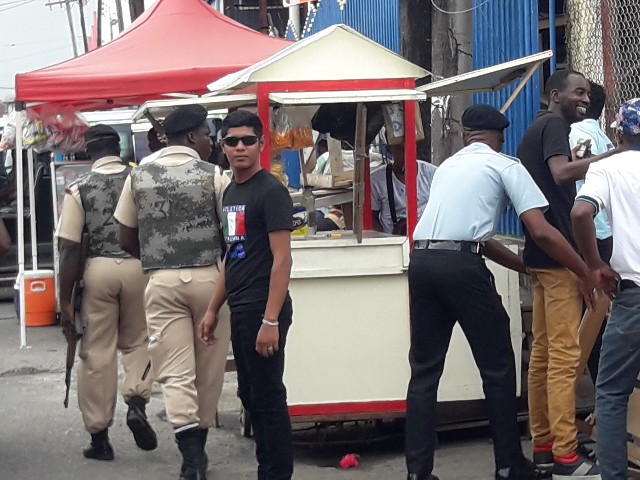 The anti-narcotics operation stretched from nearby the East Bank Demerara bus park to several areas in and around the market.

A number of police officers, males and female, were wearing body cameras during the sting operation.

The Guyana Police Force later said 13 persons were arrested; three for narcotics possession and the others for questioning in relation to several offences.

The law enforcement agency said 128 grammes of marijuana seeds, 561 grams of cannabis , and a quantity of small-sized ziplock bags, were some of the prohibited items found.