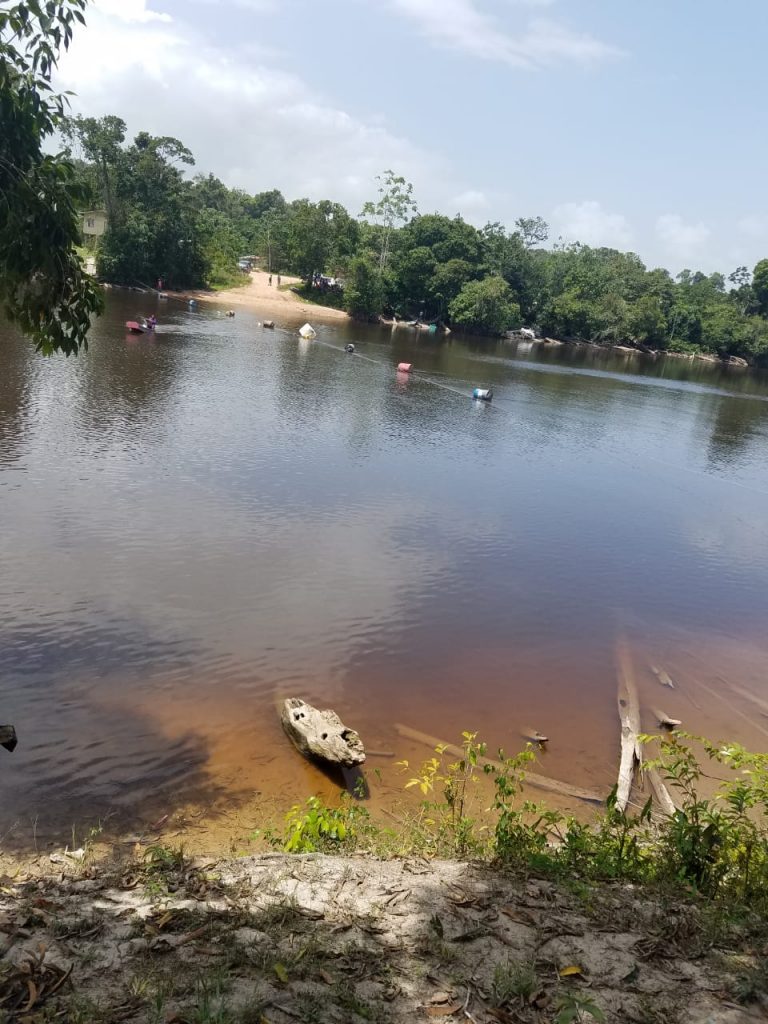 The Guyana Bauxite and General Workers’ Union (GB&GWU) on Wednesday reinforced its demand for a two-week old industrial dispute to be settled by  arbitration, even as aggrieved workers blocked the Berbice River where barges collect bauxite.

Lewis said the Minister promised to consider that option, but she gave no clear indication whether government would do so and when. The veteran trade unionist said the GB&GWU would be following up with a written request.

He noted that if RUSAL-BCGI failed to implement the recommendations of the arbitration panel, the union could move to the court to compel that employer to do so.

Meanwhile employees and their families, who have since been dismissed because they embarked on strike action on February 15 to protest a one percent increase in salaries for 2019, on Wednesday blocked the river where the company’s bauxite-laden barges have to pass to go to the transshipment station at the mouth of the river for eventual loading on ocean-going vessels.

A source at Aroaima said the workers refused police orders to stop blocking the waterway. “The police intervened but we made it clear that we’re not moving because the last time we removed the rope, they were still meeting with the government. But, this time we told them that we are not moving it so they are just here to maintain the peace so everything is peaceful; there is no violence or anything out here,” the union representative told Demerara Waves Online News.

Junior Minister of Labour, Keith Scott on Tuesday virtually told RUSAL representatives at a meeting he shared with Ally, that government would have no problem if the company leaves Guyana. “We will not take one inch back from the reinstatement of the workers and, come what may, if you want to disassemble not only the trucks but the entire RUSAL, it’s quite okay because our workers are paramount,” Scott said. The senior company officials on Tuesday informed the ministers that they have begun disassembling trucks for export to another unknown country. Mining equipment, they said, would also be disassembled.

RUSAL-BCGI has so far refused government’s instruction to reinstate the 61 workers who were fired earlier this month, and management has since issued termination letters to another 30 workers. The company said it was willing to consider formal requests for the dismissed workers, who were not engaged in any disruption or instigation, to be reemployed under new contracts.