OPINION: The Kavanaugh confirmation- implications for minorities and Guyanese 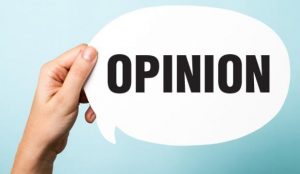 In the middle of what could only be termed the new American Civil War, what does the Kavanaugh confirmation mean for minorities in the US?  Specifically, what does this development represent for Guyanese?  No matter how nuanced, it was a war over there; it is one that will continue.

I think that, like that one from 1861, this too is about social, economic, sectional, racial, and moral struggles for the heart, most likely the soul of the US Supreme Court and what that signifies for the larger American landscape and the great American Dream.  Among those many are the hopeful foreigners, colored foreigners.  Unless, there is a reversal of current Congressional party makeup in the November mid-term elections, the Trump presidency stands poised to steamroller into existence much longed-for changes.  Those changes, whether reversal or dilution, dilution) stand to impact minorities negatively.

The list is lengthy: the bone in the throat of illegal immigration.  I think that “illegal” is cover for something more insidious, that is mostly couched in the patently unpersuasive.  There have been calls before, and I expect them to gain volume and intensity for more Eurocentric bias in annual residence visa approvals, and for tighter quotas to apply to non-European societies.  Despite the potentially great cost to American technology dominance, India has been targeted in the H-1B visa limitations; I think China, because of competition and fears, is also in the cards for restrictive action.  Moreover, I foresee some major overhauls to the so-called “chain migration” facility, which has benefited so many Guyanese.  The exodus from here could slow to a trickle.  The economic pressure and fallout could be enormous.

Additionally, deportations could become routine with emphasis on dispatching back to country of origin.  Already, this country has serious problems grappling with the challenges brought about by the influx of involuntary returnees, and the social and criminal fears they arouse.  Think about this: if Republicans retain power in the legislature (Congress) come next month, then there is the ominous specter of the sweep of near-absolute power in all three branches of government.  There is the high probability of the incumbent in the White House being around after 2020. Then many more things are possible; the seething nativist base must be appeased.  There are few obstacles standing in the way.  I remember hearing repeatedly “the liberals have ruined this country.”  Well, the opportunity might not be long in coming to return America to its roots, through major Conservative social reengineering.  For starters, that means a more Nordic appearing one.

Further, think of these sensitive, far-reaching matters: court sanctioned expansion of police powers.  How much traction and visibility are promised for movements such as Black Lives Matter?  The combined weight of the state could be overwhelming.  This is but one implication of this confirmation process, fight, and vision.  While I do not envisage the elimination of Miranda rights, I do anticipate continued diminution of its original reach, which has been happening in bits and pieces over the years.  The Supreme Court, with Brett Kavanaugh aboard makes that possible.  The numbers are there.  And so, too, would the assaults on affirmative action, equal opportunity, minimum wage, Wall Street deregulation back to the go-go days of irrational exuberance, more corporate power.  A close look reveals that the power of unions is being eroded.  Trial lawyers and their class action suits could be minimized through more tort law reform from Congress, and as upheld by a Kavanaugh Court.  Yes, I do think that he stands well-positioned to be Chief Justice some day in the future.

There was so much at stake in this nomination and confirmation.  The Republicans must be recognized, if not congratulated, for being tactically and strategically cleverer than their opponents.  All stops were pulled out; only the ends mattered.  Just look at the lengths to which men sometimes go to get where they want to go; and where so much is involved that the organized forces behind them commit immovably to success that must occur, notwithstanding the accompanying divisive legacy that imbues forever.  Two prior examples can be culled from the records of the extents to which men and their backers will go.

Justice Clarence Thomas, being recent, is remembered by most and for mostly the wrong reasons.  His enveloping amnesia of the roots that made him branch upward and flourish; his distance from the plight of those who best represent what he came from; and his scorn for the righting of wrongs that end at the doorsteps of his high tribunal.  There is the belief in many circles that he toyed with truth during his confirmation hearings.  There was evangelical belief in Republican circles that he would deliver on favored and sacred issues.  Justice Thomas has done so.  Then there was no less a figure than Chief Justice William Rehnquist.  While time has helped to obscure some of his questionable edges, doubts exist about his truthfulness in the matter of Brown v. Board of Education.  Further, there were concerns about Rehnquist’s actions in Arizona in the 1960s that served to interfere with minorities at the polls.  And yet William Rehnquist ended up as Chief Justice.  Clearly, when the stakes are this high, moral and ethical hara-kiri is considered a cheap price to pay.

And now there is Kavanaugh.  Like the two other justices identified, conservative credentials are impeccable, judicial record unimpeachable, if not dazzlingly more so.  But given what happened and all since then, how can this man, any man, make a judgment and it not be scrutinized, second guessed, and found severely wanting because of hard suspicions of political bias, racial considerations, concealed personal prejudices?  I believe that whatever he decides in the future, however sound, however buttressed by law and precedent, will be dismissed as the handiwork of a partisan political operator.  Court and country did lose.  Now he is the man of the hour and for many hours hence. The impact on minorities and thousands of Guyanese living in the United States may be immense.