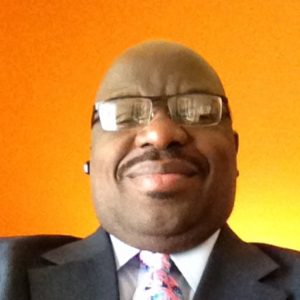 The Ministry of Social Protection on Monday said it has appointed University of Guyana Professor, Leyland Lucas as Chairman for the Arbitration Panel for the Ministry of Education (MOE) and the Guyana Teacher’s Union (GTU).

However, the GTU has asked for some time to do some “background checks” on Dr. Lucas. The teams will meet again on Wednesday.

Minister within the Ministry of Social Protection, with responsibility for Labour, Keith Scott described Dr. Lucas as “above board” and opined that he is the right person to settle the disagreement between the Education Ministry and the Teacher’s Union.

“We have been able to choose somebody that will be acceptable to not only the two bodies but to all of Guyana,” Minister Scott was quoted by government’s Department of Public Information.

According to his biography, Dr. Lucas is the Dean of the School of Entrepreneurship and Business Innovation (SEBI), University of Guyana. He is an Associate Professor at Morgan State University, Maryland, USA. He has authored and co-authored several national and international publications and has an active association with different societies and academies around the world.  His major research interest involves Business, Accounts and Finance.

Minister Scott reminded that the law allows for Ministry of Social Protection to appoint the Chairman of the panel in the event the two sides could not agree on the respective nominees.

The ministry stepped in to name a chairman after the Education Ministry and Teachers’ Union failed to accept each other’s nomination last week.

“Those acts of appointing the chairman is placed squarely, after the breakdown of the two sides, in the province of the Ministry of Social Protection. It’s not a question of acceptance or rejection. We have gone ahead, acted in accordance with the law and we have chosen the person who in our opinion happens to be the best.”
According to Minister Scott, the government wants only what is best for both teachers and students. He said there is no need for an industrial unrest at this time.

The GTU’s proposed nominees for the arbitration panel- former Minister of Foreign Affairs, Rashleigh Jackson, former Minister of Education, Jeffrey Thomas and Dr. Aubrey Armstrong who chaired the 1999 public service arbitration panel- were all rejected by the Ministry of Education earlier this month. In turn, the GTU had turned down the Ministry’s nominees-Chairman- Permanent Secretary of the Ministry of Public Telecommunications, Derrick Cummings and Human Resources Manager at the Guyana Revenue Authority (GRA), Glendon Harris.