The Alliance For Change (AFC) and the Working People’s Alliance (WPA) on Sunday looked set to collaborate on whether there should be conditional direct cash transfers of oil revenues to poor Guyanese households.

WPA Executive Member, David Hinds confirmed that the AFC has contacted his party and was now awaiting further word from that party. “WPA welcomes the AFC stance on the matter and would not rule out collaboration on the issue. As a major partner in the government, the AFC’s voice is an important one,” Hinds, a Political Science Professor, told Demerara Waves Online News.  He made it clear that his party “does not view this in narrow partisan terms” and” we do not claim exclusive ownership.”

Already, the two parties have separately announced that they support the idea first floated by Distinguished Economics Professor, Clive Thomas, but President David Granger  has been lukewarm to the idea. The Guyanese leader has since said that was an issue for the Department of Energy. Professor Thomas has said each poor Guyanese household should get US$5,000 annually and could be linked to set targets for moving children from work into school and improving nutrition. 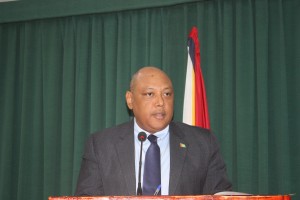 AFC Leader, Raphael Trotman on Sunday said he reached out to the WPA in the hope of forging joint action on reaching out to ordinary Guyanese as well as those responsible for making policies and decisions.

“There are a number of Guyanese economists who have views for and against and we in the AFC would wish to facilitate their views and believe a collaboration with the WPA would be an excellent opportunity to touch “grass roots” and “grass tops”,” Trotman told Demerara Waves Online News.

The AFC hopes to bring together Professor Thomas as well as United States-based Guyanese Economics Professor, Tarron Khemraj and Professor of Economics and Public Policy, Kerwin Charles to share their perspectives on the idea.

Trotman said Guyana now needs to develop a home-grown formula for direct cash transfers. “Cash Transfers have been around for decades and so we won’t need to invent the wheel,  just choose what’s best for Guyanese in terms of benefit sharing,” he said. The AFC said the discussions and engagements should explore whether they should be direct transfers, transfers, transfers tied to responsibilities such as payment of taxes or bundled into social programmes like housing, education or nutrition.  Asked if the AFC hoped to use the public engagements to lobby the People’s National Congress Reform or the governmental executive made up of the President and his Cabinet, the AFC Leader said the aim would be to present “the arguments for and against and getting feedback from the people.” 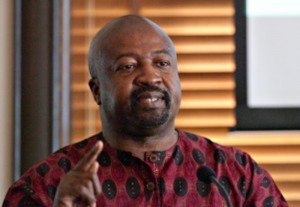 The  WPA, Professor Hinds said, certainly intends to involve the AFC in a big public forum or conference in Georgetown to discuss the subject. “A second level of mobilization is bringing together all the forces which show an interest in the matter. We feel that coalition building is going to be an important aspect of this mobilization. this is where the AFC and other forces come in,” Hinds added.

Professor Hinds said the WPA was planning a series of countrywide outreaches that would be held some time after the November 12 Local Government Elections with the aim of informing Guyanese with data on the success of cash transfers in other countries and “more importantly, they need to know how they would benefit as families from it’s implementation”.

He made it clear that the WPA hoped to use its consultations to mobilise support for the idea. “We intend it to be a form of mobilization in support of the idea. We are cognizant that in politics decision-makers are sometimes swayed by pressure from An informed populace,” he said.

The WPA executive member said direct cash transfers are part of a larger vision for the oil and gas sector which must benefit from the involvement of Guyanese people. “That vision has to benefit from the input of the people. So part of what we will be doing as we go into the communities is to listen to the people,” he said.

Professor Khemraj has already stated his support for direct cash transfers, but has also urged Guyanese authorities to invest in education and training to take advantage of entrepreneurial and job opportunities related to the oil and gas sector.

Financial analyst, Sasenarine Singh has touted direct cash transfers totalling US$90 million annually but pegged to being on the social security and income tax registries.