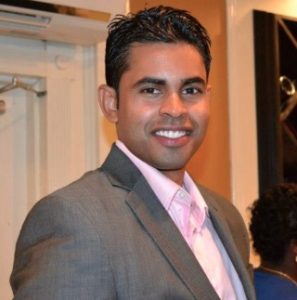 General Secretary of the opposition People’s Progressive Party (PPP), Bharrat Jagdeo on Thursday said Charles Ramson’s Jr. public declaration in the media that he was ready to be his party’s presidential candidate was abnormal.

“We have a a way of approaching these matters. This is a departure from that approach that we have always used in the past. It’s a departure from that approach but maybe the person here might think this best suits his purpose but the party will meet and discuss this too,” Jagdeo told a news conference, the second this week after Tuesday’s judgement by the Caribbean Court of Justice that upholds presidential term limits.

In a statement to PPP-aligned media houses late Wednesday, the 34-year old Ramson said he believed he was eligible because he would not be going to the race with baggage, he understands what it means to be a family-man and that he is qualified in several disciplines including law, economics, and business.

The former Guyanese leader, who cannot run for a third term, frowned upon those who publicly declare their availability to be the PPP’s presidential candidate, although the established procedure for the past 20-odd years since PPP co-founders Cheddi and Janet Jagan died was for the 35-member Central Committee to consider the nominees and then vote on a person of their choice.

“One thing we have frowned upon though is lack of modesty, lack of modesty among people who are presidential hopefuls,” said Jagdeo who was elected in 2001 and 2006. He added that no one in the PPP has ever done so except then Central Committee member, Moses Nagamootoo who had “expressed this public love for himself” and had said that then President Cheddi Jagan had anointed him in the Rupununi as the person to take over.

At the same time, Jagdeo was not worried that Ramson would leave the PPP if he was not selected to be his party’s presidential candidate because there was no other viable political organisation to turn to. “Ramson is a party member and I am sure he recognises that if he doesn’t secure what he thinks he is eligible for that he will support the candidate who emerges out of that process and so I have no fear that Ramson will jump ship,” Jagdeo added. He assured that the candidate would be given space to build his or her profile and create his or her own space.

The PPP General Secretary was confident that whoever is voted on by the Central Committee to lead his or her party into the 2020 general elections would receive unified support.  “People who will receive nominations will be placed on a ballot and the members of the Central Committee will vote and whoever emerges with the top vote, the entire party will support that person”.

From all accounts, the PPP would be sticking with the same formula to arrive at a presidential candidate but, according to Jagdeo, that approach could change if the Central Committee itself decides to do otherwise.

The General Secretary has already identified three qualities that he thinks a presidential candidate should have: courageous, hardworking and management skills.

In some circles, it is believed that Jagdeo prefers either former Attorney General, Anil Nandlall; former Minister of Housing, Water and Tourism, Irfan Ali or Ramson.

A section of the old-guard PPP has been rallying around former Minister of Culture, Youth and Sport, Dr. Frank Anthony and possibly two other females.