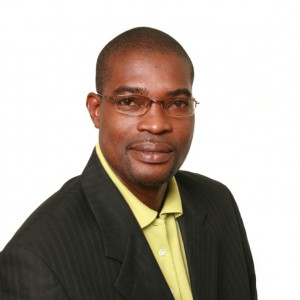 Road users in Region Seven (Cuyuni-Mazaruni) will soon have to pay tolls to help fund maintenance of the several roads that are being repaired and rebuilt there, says Minister of Public Infrastructure David Patterson.

Government’s Department of Public Information quoted Patterson as saying that the strategy would aid in the maintenance and sustainability of the infrastructure. “Soon we will be finished upgrading the roads. I would hope that we can work along with the region on this,” he said after inspecting the hinterland projects in Region Seven.

On April 13, a team of officials from the Ministries of Public Infrastructure and Finance, led by Minister David Patterson visited the region to get a firsthand look at the two main crossings which link both Mahdia and Bartica.

The ministry has ongoing works on the roads from Mahdia to the Denham Bridge and Miles 78 on the Bartica-Potaro trail to Mile 96 (Cassandra Crossing).

Authorities observed that work needs to be done on the Amaila Falls road which is heavily traversed, especially by trucks from the gold company – Troy Resources.

He noted, the tolls collected will go directly to the region for the proper maintenance and care of the roads since it will be generated from those in the region. Minister Patterson encouraged the town council to create a road plan and work along with his ministry on the idea.

Regional Chairman of Region Seven, Gordon Bradford said the council welcomes the idea of tolling the roads and believes it is vital for the upkeep of the roads. He explained that in previous years the strategy was used in the region and aided in the preservation of several roads leading to Mahdia.

Echoing his sentiments, Mayor of Bartica, Gifford Marshall explained the town council has deliberated the issue of tolling the roads for some time. However, he believes the ministry will have to be the implementing body of the strategy.

Marshall said during the next regular statutory meeting, the council will craft a “road plan” to which it will seek the approval of the Regional Democratic Council (RDC) before sharing with the Infrastructure Ministry.