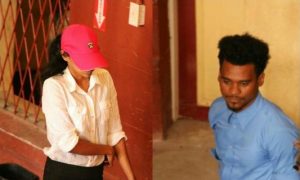 A 23-year old woman and a man were Wednesday arraigned and granted GYD$900,000 bail pending trial on a charge of causing the death of city businessman, Derek Mangal by dangerous driving earlier this week.

Chief Magistrate Ann Mc Lennan granted each of the accused GYD$450,000 bail and set June 21 for a status report.

Ragoobar pleaded not guilty to the charge which alleged that she on May 29, on Camp and Middle Streets, Georgetown, drove motor car PPP 3751, in a manner dangerous to the public, thereby causing the death of Mangal.

Cox also denied the allegation that states that on the same date and location, he drove PPP 9843 in a manner dangerous to the public, thereby causing the death of Mangal. 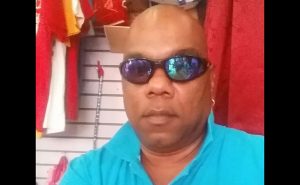 Ragoobar’s lawyer, Glenn Hanoman, who requested that his client be place on bail, told the court that subsequent to the accident the accused remained until the arrival of the police. He said that his client, who is a full-time student, was very cooperative with the police and that she is not a flight risk.

Meanwhile Cox’s attorney who also requested bail, told the court that her client was the one who had called 911.

The court heard from Police Prosecutor Arwin Moore, that he had no objections to the two being substantial bail.

Moore also asked that the conditions of the bail include that the two accused report to the traffic office at Brickdam Police Station every fortnight.

He further informed the court that the police’s file is incomplete as the post mortem report is outstanding.