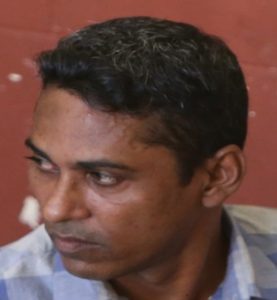 Law enforcement agents on Monday seized a video recording device and arrested one of the men wanted in connection with the discovery of GYD$500 million worth of cocaine that anti-drug agents unearthed from a consignment of dressed wood bound for the United States (US).

“CANU has a Digital Video Recording device retrieved from Nazim Gafoor at Vreed-en-Hoop West Bank Demerara and hope to find material of evidential value after due analysis,” the Customs Anti-Narcotics Unit (CANU) said in a statement.

The agency added that police on the West Coast Demerara arrested Tazim Gafoor and handed him over to CANU agents.  CANU said Tazim and his son Nazim have hired a lawyer but they are not cooperating with investigators in connection with the discovery of  84.9 kilogrammes of cocaine in dug out cavities with vacuum sealed plastic packets, 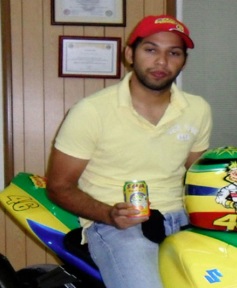 Gafoor, and Hakim Mohamed pending further investigations. The anti-drug agency said the drugs bust was made last Friday evening (May 12, 2017) at 227 Zeelugt, East Bank Essequibo in front of the premises of Mohammed’s residence. The truck on which the pallets of 1 X 6 dressed lumber boards were loaded and prepared for export remains in custody.

Five persons- including the driver and the porters of the truck -are to be released this evening on the expiration of 72 hours since their initial detention last Friday.

CANU said no one has been charged yet.

The agency said another batch of dressed wood from the same shipper that had already made it onto the wharf has been retrieved ad is being checked for more cocaine. “Each board is currently being drilled by ranks in the compound, thus far no further narcotics were found on the ones examined,” said CANU.

CANU appealed for any information about the whereabouts of Lall and Vieria to contact the nearest police station or CANU Head Quarters on 226-0431. 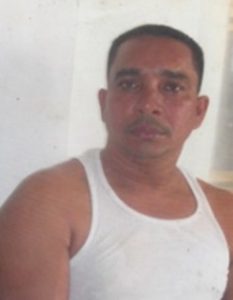 Investigators said the truck was hired to pick up and transport the lumber from Naraine Lall’s Saw mill at Lookout East Bank Essequibo to the wharf at Georgetown.