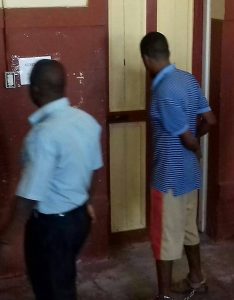 Nine years after  man allegedly shot and killed a woman during a robbery, he was caught and indicted for murder.

The charge read that on November 5, 2008 at Agricola, East Bank Demerara he murdered Melissa Angela Payne.

Vanderhyden was not required to plea to this charge and was remanded until May 10.

Vanderhyden and others allegedly attacked Payne of Den Amstel, West Coast Demerara while truck driver, David Fraser was fixing the vehicle on the Agricola Public Road.

The men escaped with Payne’s bag that had contained GYD $110,000 and jewellery. She was shot while apparently resisting the robbers.

Fraser and Payne were heading to Georgetown to transact business.

Three days after the incident, several men had been arrested and Jermine Savory of 97 Second Street, Agricola, was charged with the murder of Payne.

Savory had confessed to investigators that he had participated in the robbery but he had not shot the woman.