Eye On The Issues: Guyanese have to decide what kind of society they really want by GHK Lall 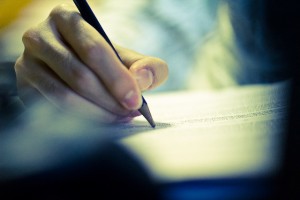 I noticed the news report of secret balloting and the election of a General Secretary.  The first thoughts were: none of my business and communism.  Then, I read of decentralizing and visions of victory a few years hence, and I came to full attention.  This is my business, and concerns my environment, and a certain minimum standard that is deeply embedded.  So, I share some things that matter.

From my perspective, this country is undergoing radical surgery.  In some instances, there are probing experimental operations in process.  The ongoing discoveries are that national arteries are clogged, muscles atrophied, visions clouded, and weaknesses and malaise all over the body of the state, be it people, or institutions, or outlook, or processes.

There is some sawing, drilling, excavating, and amputating in progress.  It is rough and painful, but necessary, if not essential, to excise the man-made, patently politically powered rottenness of decades.  The litany is endless: contaminated commerce, polluted people, corrupted citizens, and monstrous mayhem were all significant components of a degrading and grotesquely sponsored and highly touted package.  The public and a country bowed and cowered in fear and shame, if not revulsion.

Editor, amidst this jabbering of victory and return to power, there are a few questions.  Do the people of this nation want to go back to where it was and what have been identified above?  Who among the industrious and the conscientious will embrace a return to the undeniable criminal progress and development (so-called) that was the hallmark of a sleazy era?  Who wants their children to be part of such an ethically barren and destructive landscape?  Remember: it was one of endless weaponry, endless streams of narcotics, and mountains of dirty money that spawned so much injustice, so many monsters.  Just pause and examine the devastation wreaked on this land in so many arenas.  As the talk of victory ricochets with increasing intensity, I repeat the question:  Is this what Guyanese really desire for a way of life, as the culture of their existence?

I would venture that the honorable, the thinking, and the conscientious, despite the weight and pain of current circumstances-corrective circumstances-would want none of what went before; that they brace for the sacrifices that have to be made; that they realize that such sacrifices will indeed have to be made before meaningful change can come; and that, in the due time and season, there will be appreciation for the light that follows.

There is a price; it is the price of progress; of leveling the countless landfills of putridity; of establishing the underpinnings of a real economy; and of journeying towards a place of sanity and decency and dignity.  Again, Guyanese have to decide what it is that they really want for a habitat,and the quality of life to which they aspire, which does not come cheap or quick or easy.

For its part, the government must rise to new visions and the challenge of new ways by being more inclusive, more representative, and more connective.  It can gain converts from the ranks of the educated, the centrists, and the disgusted.  This same government ought to know that its new business allies will return to the old fold at the drop of a hat, and as opportunity beckons.  After all, the torrents of riches are abundant with the old folks, and there is yearning for a repeat of those halcyon unaccountable untaxed times.

Editor, as the calendar unfurls, matters come down to this: it is not what the Americans (or alphabet soup group) would do for Guyana; but what Guyanese want for Guyana, want of Guyana, want from Guyana.  When all things are considered, it is what kind of Guyana these citizens want, and want with a passion.

Today, the tide is turning.  Sometimes, it is turning so slowly, as to be imperceptible.  But it is turning.  On occasion there is concealed disorganized detritus that wound.  Still, the water is shifting.  In spite of disappointments and misgivings, sometimes severe, I will take a slowly turning tide in the hope that it takes away from the endless shoreline of what was bad and wrong and damaging.  And that those same moving waters will carry and bring to better, and a thoroughly different place.