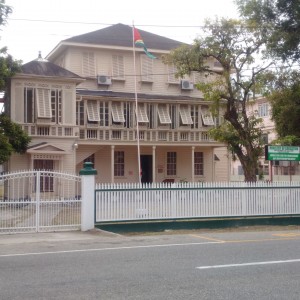 The Walter Roth Museum of Anthropology will be removed from Main Street, Georgetown to the Guyana National Museum so that the Ministry of the Presidency can occupy that wooden colonial building that is next to State House.

According to the Guyana government, the Walter Roth Museum would now be housed  in the western-wing of the Guyana National Museum and “work will be conducted to ensure that both facilities meet international standards.”

Government said the removal of the Walter Roth Museum signals “a major upgrade and change of location.”

The museum is a non-profit institution created by the Government of Guyana to collect, exhibit and conserve artifacts relating to the ancient cultures of Guyana, to conduct anthropological research and disseminate knowledge of the Indigenous Peoples of Guyana through its in-house and out-reach programmes.