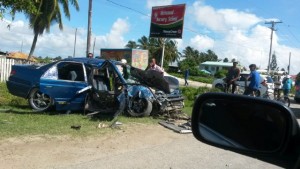 The car that was involved in the accident on the Richmond Village, Essequibo Coast.

Other sources have put the death toll as much as five.

Two male teenagers and one man were killed, while the others were rushed to the Suddie Hospital for emergency treatment. Six of the 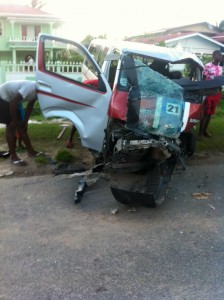