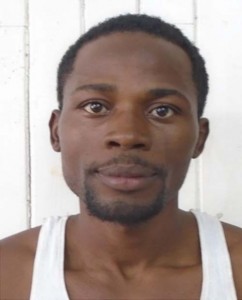 Five months after  a murder accused broke out from the Mackenzie Police Station, he was caught in the Rupununi, police said.

He is Stafrei Hopkinson Alexander of Laing Avenue, West Ruimveldt, Georgetown. He is accused of killing Shevon Gordon on April 4, 2015.

The Guyana Police Force said he was spotted in a vehicle and arrested at about 10 AM on Saturday, May 14, 2016 at the Kurupukari Crossing checkpoint.

Alexander and co-accused, Robin Maxwell, had escaped from the Mackenzie Police Station on December 8, 2015 by smashing a hole through a cell wall.

At the time of their escape, they had been held at the police 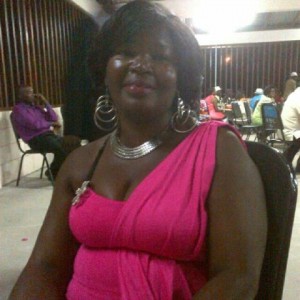 station overnight to appear before at the Christianburg Magistrates’ Court.

Gordon was gunned down by armed bandits who fled with a bag containing about GUY$20,000 cash while she was about to enter her home at Block 22, Wismar.