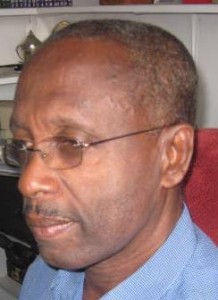 Political analyst, Dr. Henry Jeffrey is urging that State Minister Joseph Harmon’s powers be looked at in a manner that is sensible and beneficial to the Guyana.

Dr Jeffrey, in an invited comment, told Demerara Waves Online News that at least one of the portfolios that Harmon now presides over was originally a public service post and it should held by a public servant.

His comment comes in light of concerns raised by the Alliance For Change (AFC) over the powers of the State Minister. The party in a statement issued by a group of its leaders has called for President David Granger to trim Harmon’s responsibilities.

The President, however, has already made it clear that he does not believe that Harmon’s responsibilities are burdensome.

“I have always thought that the kind of power that Dr Luncheon had lots of it was informal…I always thought it should be properly define…the Head of the Presidential Secretariat should have gone to a public servant,” Dr Jeffrey said adding that it being politicized “makes a mockery of the public service rules and everything.”

“It needs to be looked at in a sensible way…the head of the public service should really be in the hands of a public servant,” said Jeffrey, a former government minister in the People’s Progressive Party Civic (PPPC) administration. Prime Minister Moses Nagamootoo is already on record as saying that the post of Cabinet Secretary should be handed to a senior or retired public servant who could appreciate the rules of secrecy and confidentiality.

Jeffrey said that Harmon cannot weather the storm of scandals surrounding his portfolio by doing nothing but rather should address the public and make a precise case for his undertakings.

“Someone should have to present the public with a precise case and answer…All these things point in the direction of unusual behavior from a senior official and it translates to (alleged) corruption,” said Dr Jeffrey adding “I don’t think he can hide.” Transparency Institute of Guyana Inc. (TIGI) plans to request a meeting with Harmon and pose several questions to him.

Harmon is embroiled in what appears to be a web of related allegations – the appointment of Brian “BK” Tiwari as a ministerial advisor on business development; the travelling to China with Tiwari; the minister’s appearance in an aircraft with top officials of Bai Shan Lin Forestry and the issuing of orders to the Guyana Revenue Authority (GRA) to halt the seizure of two luxury vehicles belonging to Baishan Lin shortly after his return from China. 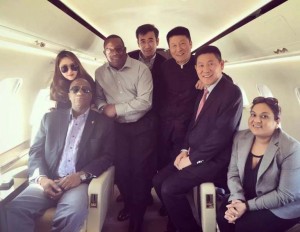 President Granger has since rescinded Tiwari’s appointment, a move the businessman has since criticized as “impulsive.” Granger has reacted, saying Tiwari could not dictate his government’s policy.

Commenting on an apparent “turf” war within the coalition, the political analyst said that AFC was playing into the hands of its support base by purporting the image of individuality.

“The AFC also has a public and it want to show the public that it is on top of issues,” said Dr Jeffrey, a columnist for the privately-owned Stabroek News newspaper.

He said that that the Coalition had made mention of an internal mechanism to deal with disputes and that mechanism should have come into play the moment those concerns were ventilated/.

“I thought that the coalition had some arrangement to deal with dispute…they had some dispute mechanism…I’m surprised that they went to the public first,” he stated.

Already, AFC Chairman Nigel Hughes has resigned from the Party and is not expected to cede to pleadings for his return. It has been speculated that there has been a fallout within the Party over the statement that was issued by the AFC on Sunday.

Sources said the AFC’s call for the reduction of Harmon’s powers were discussed at Cabinet on Tuesday April, 12, 2016. Harmon, according to the sources, has since given an explanation to Cabinet and that the issue could reach as as far as joint leadership meeting of Granger’s A Partnership for National Unity (APNU) and the AFC to allow for other parties in the coalition to share their views.