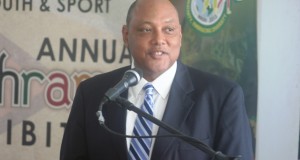 Almost five months after a young adult surfaced and accused House Speaker, Raphael Trotman of sexually assaulting him, the Director of Public Prosecutions (DPP) has advised that there are no grounds to charge the prominent attorney, according to well-placed sources. Efforts to obtain a comment from two high-ranking officers of the Guyana Police Force (GPF) were unsuccessful. However , a ...

END_OF_DOCUMENT_TOKEN_TO_BE_REPLACED 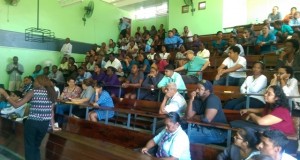 University of Guyana (UG) staffers on Wednesday rejected a counterproposal by the university’s negotiating team for a wage and salary hike, but say they are prepared to return to work next Monday if their own counterproposal is accepted. The unions added that they are also open to going back to work if the administration submits a favourable proposal during a ...

END_OF_DOCUMENT_TOKEN_TO_BE_REPLACED 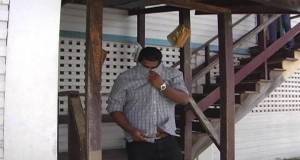 The son of a government official  was Wednesday granted GUY$400,000 bail on a charge of allegedly raping a 14-year old school girl. Vishnu Singh was granted pre-trial liberty when he appeared at the Sparendaam Magistrates’ Court, East Coast Demerara. Singh, 24 years, lives at Better Hope, East Coast Demerara. The incident allegedly occurred on the East Coast of Demerara.

END_OF_DOCUMENT_TOKEN_TO_BE_REPLACED 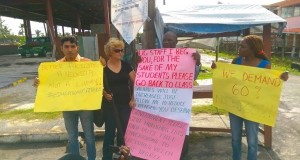 Even as a sit-in strike at the University of Guyana continues into its 10th day, unions and the institution’s administration are Wednesday expected to resume negotiations, President of the University of Guyana Senior Staff Association (UGSSA) Melissa Ifill said. At the same time staff and students are expected to picket outside Office of the President during midday while President Donald ...